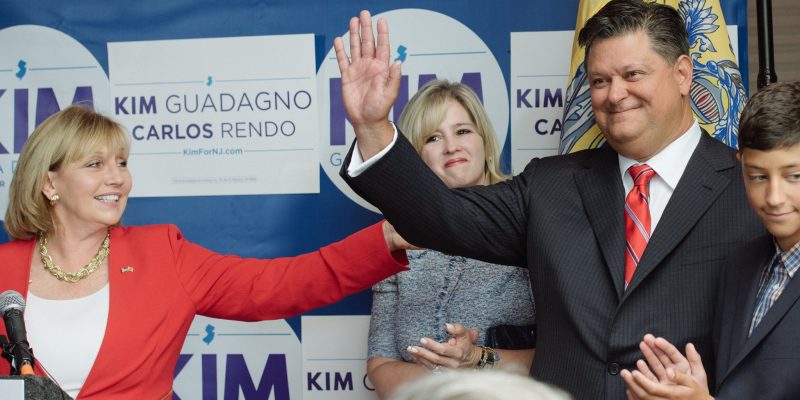 According to a recent Facebook Post, Kim Guadagno, a Republican candidate for governor of New Jersey and current Lt. Governor, presented her opponent with a box of calculators.

The calculators were a comical response to her Democrat opponent Phil Murphy’s proposed plan for free community college to all New Jersey residents. According to Guadano, Murphy had originally said the proposal would cost $400 million but later revised it down to $200 million. In the note accompanying the calculators “Team Guadano” said the proposal would actually run over $75 billion.

Yesterday, Phil Murphy initially estimated the cost of his new “free community college for all” program was $400 million, but then changed the estimate to $200 million. His campaign went on to contradict itself again, saying it was impossible to know the actual cost of the program.

Phil Murphy has promised so much spending during his campaign, he can’t keep track! So our campaign volunteers sent him a box of calculators.

Just remember, there’s no such thing as a free lunch! He wants you, the taxpayer, to work longer and harder to pay more in taxes.

Current, New Jersey Governor Chris Christie said this about the proposal, “There are always costs involved, and if college graduates are going to reap the greater economic rewards and opportunities of earning a degree, then it seems fair for them to support the cost of the education they’re receiving. Earning a degree should actually involve earning it.”

Interested in more national news? We've got you covered! See More National News
Previous Article Louisiana Turned Up With A $100 Million Surplus, And The Edwards Administration Is Patting Itself On The Back
Next Article Schroder’s Campaign Launches A New Ad And Bashes Riser For His Alario Fundraiser