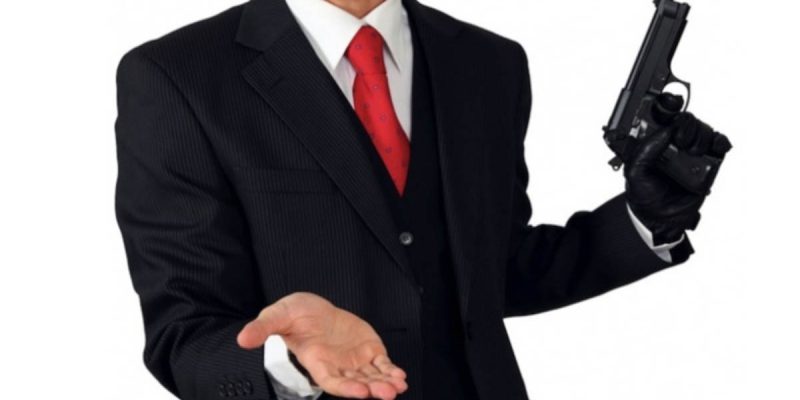 ITEP. That sounds like some government acronym straight out of the halls of Congress. But in this case it is far from that. In fact this long standing state program has been responsible for the attraction of thousands of jobs to Louisiana.

When it comes to attracting business ITEP, the Industrial Tax Exemption Program, is one element of a fiscal penalty that Louisiana’s state government has had to pay in order to try to be competitive with other states. Our state has had to assume this penalty because we have refused to give up on all the decades old policies and attitudes that hurt our businesses and make our state unattractive to business growth.

For almost a hundred years our state has accepted the phony economic nonsense that our leaders have fomented in order for them to stay in power. In current terms we allow our leaders to capitalize on the notion that we will somehow break out of last place amongst our peer states if only we double down on the policies that have kept us depressed in the first place. Call it the welfare state or big government or both, it is all the same. When government attempts to supplant the individual then failure is sure to follow. And boy, does Louisiana’s government seek to replace the individual!

As I have written before American business exists on the basis of one maxim; it seeks to make a profit and keep it for its shareholders. In our state most of the metrics that businesses use to make a decision on where to startup, to grow, or to relocate are all negative. They are so because the big government philosophy that we hold on to is fundamentally the antithesis of a growth promoting business climate.

ITEP and other incentives constitute Louisiana’s effort to minimize the negative impact of our uninviting business climate. Out of necessity, our state has been forced to grant financial incentives because we have been unable to correct our socio-economic failures. In effect we are always putting Band-Aids on our open sores rather than treating what caused them in the first place.

Like all financial incentives, the ITEP program does have a time certain negative impact upon local government revenues. This occurs because it eliminates property tax assessments equivalent to the value of an industry’s expansion for five years. This incentive may also be extended by one additional five year period. Despite a short term loss of local tax revenue one must keep in mind that ITEP-driven industrial expansion is designed to deliver to local government far more than it costs. Not only does it create jobs directly, it gives an industry a reason to stay in a locale, it expires after a short time and the property taxes resume, and the locale derives sales taxes resulting from the stronger economy delivered by the benefiting industry. Additionally, in general, businesses who believe that they will dependably receive this incentive are far more likely to give serious consideration to a locale when making relocation/expansion decisions.

It has been said that the oversight for the granting of an ITEP has been lax and I would subscribe to that belief. The fix for that concern should have been simply a strengthening of the rules as well as better enforcement. However our governor has now gone a huge step further. In what appears to be a concession to social welfare advocates, unions, and some local governments, the governor has given the ultimate veto power over the granting of an ITEP to local government bodies at many levels.

So here is the problem, local government is highly reactive to vocal groups such as Together Louisiana or teachers’ unions, groups who make it clear that they believe a fundamental premise that government must be looked to as the ultimate source of succor for our people. It is that attitude that is contrary to the long established principle that government should only create a viable economic climate in order to grow private market jobs so that people can develop family wealth. In effect, those that the governor has sought to accede to are those who have long clung to the very policies that have caused Louisiana to have a bad economic climate and to reside in last place in so many socio-economic measures. Through his unilateral action our governor has empowered anti-free market groups and individuals and has granted them great power over business decisions. This power will cause substantial negative impacts against the very local economies that ITEP was created to help.

Want proof? Just read the manifesto published by Together Louisiana promoting ever more government growth at the expense of business. Want more proof? Together Louisiana has filed suit against Ascension Parish because that government body agreed to grant ITEP’s to growing industries. By his sole action our governor has unleashed the forces of anti-capitalism upon the very lifeblood that supports so many communities.

Just think of what a business who may want to move to Ascension Parish must be thinking? “If we want to move there we will be immersed in local politics and/or litigation from all angles. Worse, in order to get a tax break to overcome the negative business issues in Louisiana may be faced with demands for payoffs or other unethical things by local politicians and bureaucrats or those who use the courts to strong arm business.” All of these bad realities are based on the very real history of doing business in Louisiana. There is great danger to our economy from the governor’s rash decision.

I am not saying that ITEP or any other incentive programs are perfect. I actually believe that tightening the rules would be appropriate. But what gives me great pause is the thought of how activist groups or individuals, unions, or others will now easily be able to block business growth unless business is willing to agree to their demands. There is an ugly name for this and I assure you that business knows it very well and that gift was presented to these groups by our own governor. Perhaps far worse, the governor’s unilateral decision could open the door for corruption on a massive scale as business is potentially held hostage to unscrupulous demands.

Absolutely, local government needs to be granted the power to raise local funds locally. But that change must be accomplished concurrent with a full revision of the relationship between the state and local government. The incremental change that our governor has undertaken will no doubt ingratiate him to social activists, unions, and some local government leaders, but it will certainly just add another reason that business will think twice about coming to Louisiana.

The people of Louisiana have to recognize that business votes with its feet. Forcing business to be exposed to local politics at its basest will assure that business will not be here to create the jobs that we desperately need.

Sadly we are a state whose leaders just don’t understand that “It’s the economy, stupid,” and until we change that attitude in our leaders we should not expect anything other than such bad decisions as the governor’s was.