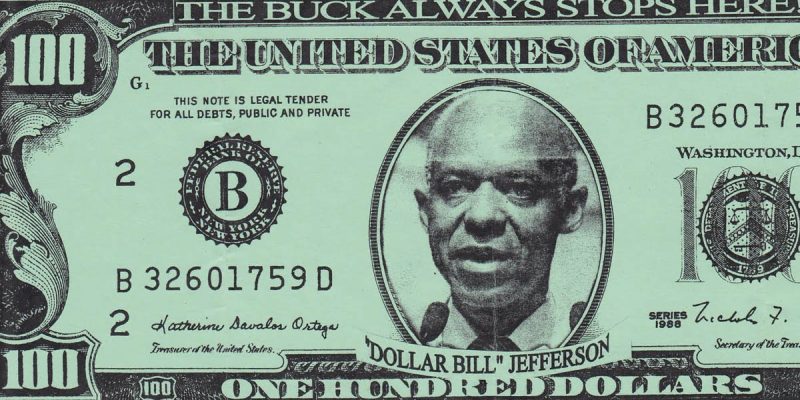 Louisiana’s crookedest congressman is out of federal prison, thanks to a federal judge in Virginia who last week reduced his sentence after finding seven of the 10 corruption charges under which he was convicted to have been unconstitutional. We covered that decision and our report can be found here. But Dollar Bill Jefferson is now roaming the fruited plain at his pleasure, free in fact to rejoin the political class as soon as he can find a constituency that will have him.

William Jefferson, the Louisiana ex-congressman who had seven of his 10 criminal convictions overturned by a federal judge, is a free man again. Jefferson, 70, was released from prison on Thursday (Oct. 5), five years after being incarcerated and one day after the most substantial charges against him were dismissed, according to U.S. Bureau of Prisons records.

The New Orleans Democrat is scheduled to be resentenced Dec. 1 on the remaining convictions, according to court records. In the meantime, however, prosecutors could appeal the latest ruling from U.S. District Judge T.S. Ellis III, decide to retry Jefferson on the seven dismissed counts or both. They have until Oct. 30 to let the judge know if they want another trial.

Jefferson’s attorney, Robert Trout of Washington, D.C., did not return a telephone message and email for comment Wednesday. Efforts to locate Jefferson were unsuccessful. In 2015, he sold his longtime home in Uptown New Orleans, where the name Jefferson is still inlaid in the front walkway, for $758,000, according to records of the Orleans Parish Assessor’s office.

He’s going to get time served on the remaining convictions in all likelihood, so Jefferson won’t be going back to jail. And since his family fortune came almost exclusively due to political graft and inside dealing, it’s a virtual surety he’ll plug himself back in.

An interesting question voters in New Orleans should ask of the mayoral candidates there is what steps they’re willing to take to insure Dollar Bill doesn’t sidle up to the public trough and feed again on their watch as mayor. That’s an interesting question because nobody can be completely assured that the city’s voters are in agreement denying Dollar Bill is a bad thing.

After all, everybody knew he was a crook for a long time. It wasn’t until he got indicted that he actually lost re-election.