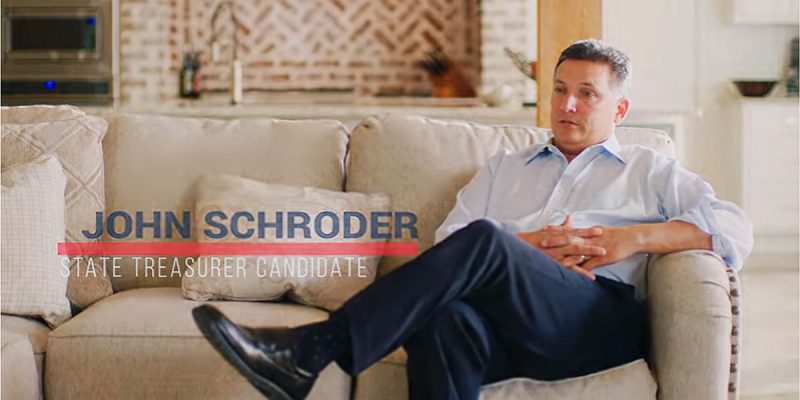 Our readers might have noticed that we didn’t endorse any candidates prior to Saturday’s primary in this election cycle, restricting our advocacy to opining on the three constitutional amendments that were on the ballot. For some of you, that silence was a bit disconcerting when it came to the treasurer’s race – we were asked by a not-insignificant number of folks what we thought of the race and our refusal to take sides didn’t particularly satisfy.

It should be said that our decision not to endorse anyone in the state treasurer’s primary shouldn’t be taken as a negative toward any of the three major Republican candidates running. The truth is, we would have been perfectly satisfied with any of the three.

We’ve always had a good relationship with Neil Riser, and for good reason – he’s a gentleman and a legitimately nice guy, and he’s built a rock-solid record as a conservative – fiscal and otherwise – in the state Senate. That isn’t easy, as the Senate is a waste dump of crooked deal-making and philosophical betrayal. Riser has been one of the few good guys among a bad lot, and to be that was deserving of a reward. Yes, Riser had a couple of blemishes on that otherwise excellent record – the Mike Edmonson retirement business was very messy – but anyone who’s in politics long enough will accumulate a little bit of baggage. On balance we would have been overjoyed to have him as our treasurer.

And though we didn’t cover her campaign as much as we expected to, Angele Davis was perfectly acceptable as well. You could make the argument that, despite the obvious attacks on her status as the Commissioner of Administration in the Jindal administration – you can’t make Bobby Jindal’s budget chief the state treasurer! – she had the best resume for the job. Davis knows Louisiana’s finances inside and out, and when she says her involvement with the state budget was in the former governor’s first term, and that involvement was pretty darned positive compared to what’s happened since, it’s not an invalid argument. Davis placed third with 22 percent of the vote, just a couple of points out of the runoff, and had she eked into the Nov. 18 finale we would have been happy to enthusiastically support her.

But John Schroder is the candidate of the three who made it into the runoff, and that – and the opportunity to endorse him – suits us perfectly fine.

Schroder was one of the founding members of the legislative “fiscal hawks” in the House of Representatives, and he’s been a consistent voice in favor of reining in Louisiana’s runaway state government. It’s fair to say his advocacy for fiscal discipline in Louisiana has evolved to an extent – one of the mistakes the fiscal hawks made during the Jindal administration was in 2013, when they teamed up with the Legislative Black Caucus to come up with a cockamamie plan to raise business taxes in order to solve a budget deficit, and that plan fizzled as soon as it was presented, and another piece of baggage Schroder carries was his flirtation, in January of 2016, with the idea of supporting Democrat Walt Leger for House Speaker in return for his appointment as chair of the Appropriations Committee. For that reason there are some conservatives who refused to back him in the primary.

Again, though, anybody who’s in politics long enough will collect some baggage. And in Schroder’s defense he never did vote for Leger – instead, he voted for Taylor Barras as Speaker and didn’t get any perquisites out of that vote. In the meantime, he’s articulated a very cogent and accurate assessment of Louisiana’s fiscal house both in the legislature since John Bel Edwards’ inauguration and on the campaign trail this year. We especially appreciated Schroder’s recognition of the state’s corrupt process of infrastructure spending, in which he decried the fact that taxpayers in a place like St. Tammany Parish, where he’s from, serve as cash cow for the state government by filling up the coffers with income and sales taxes – and then representatives from St. Tammany get the dubious honor of bending the knee to the governor in order to get road construction projects they’d otherwise be able to finance through local taxes.

That’s spot on, and it’s indicative of the kind of perception we need in a state treasurer. Let’s understand that as currently constituted the position is largely ministerial – you cannot make any real policy from the treasurer’s office. But what you can do is serve as a watchdog for state spending and a critic of those who fail to properly steward our money.

John Kennedy did a good bit of that, and Schroder has made it a point that he plans on doing the same. That sounds fine to us, and we know he has the sand to take on the governor where fiscal policy is concerned.

So not only do we endorse Schroder, we hope our readers will turn out in strength to support him. This runoff election is a foregone conclusion, as the Democrat in the race Derrick Edwards lacks money, message and qualifications for the job – it’s no particular dishonor on Edwards’ part that his own party has so far refused to endorse him, but it does indicate he’s not all that serious a candidate. But if Schroder can turn out a massive number on Nov. 18, it can serve as a repudiation of sorts to the governor on Election Day that a Republican with an anti-tax, smaller-government message can run up such a big score.

And that’s something we can definitely endorse. Vote Schroder on Nov. 18.

Interested in more national news? We've got you covered! See More National News
Previous Article Don’t Look Now, But The Haynesville Shale Is Coming Back To Life
Next Article APPEL: Here’s A Positive Vision For The New Orleans Area’s Future