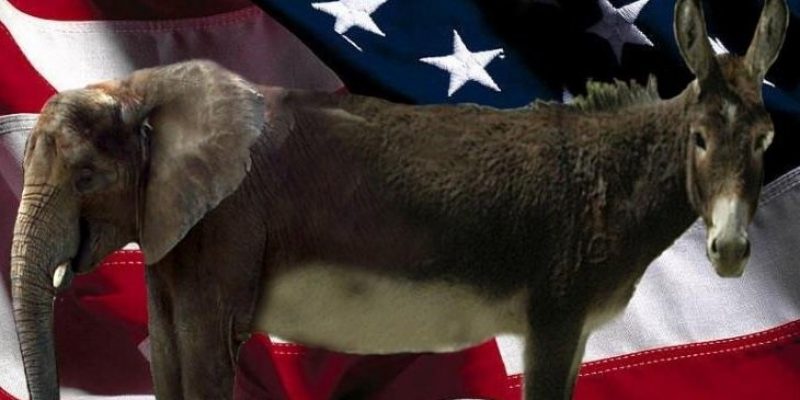 Surely, I’m not the only one who has heard this claim.  Truly, depending on how you look at it, there is a lot of evidence to support this argument.  Mitch McConnell and Paul Ryan could be poster children for the movement.  And don’t get me started on Joe Straus.  Texas has been dealing with this same problem far too long.

Nationally, the most glaring recent example has been the illusion of Obamacare repeal.  Every two years, congressional Republicans offer the same promise: “just give us the House, “just give us the Senate, “just give us the Presidency.”  In Texas, the worn out mantra (four terms now) is “Oust Straus.”    I do not think these perennial Republican legislators are capable of chewing gum as a singular activity.  They seem to interpret “The will of the people” to be a legal document – our dying request.  They don’t intend to do any of this until the day of our memorial service; and then, really, what would be the point?

Yes, the case is easy to make.  It’s a perfect excuse to just give up and watch football.  Wait, no we can’t do that either.  They’re worse than congress!

But there is another way to look at it: a better way, a more accurate way.  Besides, we’re Texas conservatives; we don’t give up.  Here are the questions we need to be asking: who is the Republican Party?  Is it us, or is it them?  If it’s them, the Republican Party is an elitist party.  Go home, walk your dog and enjoy the family game night (no more NFL, remember).  If it’s us, then the Republican Party is a grassroots party.  This is more of a decision than a fact.  This choice is ours to make.

If it’s a choice, then how is it more accurate?  OK; you’re getting ahead of me, but I like that.  It shows you’re thinking.  So think about this: is the Republican Party a series of leaders who rise and fall, a string of personality cults who raise up and exhaust some popular political expedient just to go on to the next?  Or is it a short list of enduring political concepts scripturally based and handed down to us by our Founders?  Concepts like our rights are “God-given,” not bequeathed to us by the State.  Concepts like each of us have a God-given right to life, to liberty, to pursue happiness as best we can.  Concepts like the power our government exercises is on loan from its citizens.

I contend that the Republican Party is not its “leadership.”  If this were the case, I would have been out of here a long time ago.  We should not follow this leadership.  And apparently, they have no allegiance to their membership either.  They give the platform no more respect than they show to our Constitution, which by the way they take an oath to “protect and defend.”  People, with all their foibles, come and go; we are driven by our daily experience.  If a political party is just its people, membership or leadership, then it is just a collection of people seeking power for themselves.  There is no morally compelling attraction to such an organization.

But, if a political party is an enduring set of principles which govern its activities, then it becomes a dependable force whose power is rooted in these same principles.  I contend this is the case for both major American political parties.  What’s more is that I think I can define these principles.

Consider our history as a nation.  Our first six Presidents were revolutionary Presidents, that is, they were involved in the revolution and in our founding documents.  In their day, they were radicals.  Our seventh President, Andrew Jackson, the first President from the modern Democrat Party, ran as a corrective to these revolutionary ideals.  He was our first “populist” President.  Our Founders set up a government in which all citizens were treated as equals under the law.  Jackson, however, campaigned for the “little guy.”  It was his belief that the federal government should, through policy, tip the scales so the little guy could get a leg up.  If you are a “little guy” this will naturally appeal as who wouldn’t want such a powerful ally?  Additionally, it is politically smart, in a contest for votes, to divide a population into a larger group and a smaller group and then appeal to (attempt to buy off) the larger one.  However, this divisiveness, this retreat to age-old class struggles, was just what the Founders sought to eliminate from the political landscape when they wrote our founding documents.

The Democrats were not challenged in any meaningful way until the formation of the Republican Party which took the Whitehouse 32 years after Jackson interjected populism into American politics.  The Republican Party was a “refounders” movement.  The driving force in founding the party was to reestablish the notion that “all men are created equal.”  We are more the party of Thomas Paine than of Paul Ryan.  Now, the Democrat Party has been through a number of “isms:” populism, progressivism, and now socialism.  All these isms stand in defiance of the Founder’s vision of fiscally responsible, constitutionally limited government which is accountable to every citizen equally.  The Republican Party has always been at its best when its leadership understood and followed the Founders blueprint.  The Democrat Party has, from its inception, stood against the values bequeathed to us by our Founders.

It is because the Republican Party has always, at the grassroots level, stood as a defender of the Founders vision that I remain today, a proud Republican.  It is our responsibility, as grassroots Republicans, to articulate this message and to insist that our leadership not only understand it but embrace this sacred trust given to us by the brave men who founded this country and retained by the brave members of our armed services who have faithfully defended it from enemies since our inception.  Our Founders knew how to answer the question, “Are we subjects of an elite ruling class, or are we freemen as our Creator made us?”  They did not hesitate.  The question for us today is how are we going to answer this very same question?

Interested in more news from Texas? We've got you covered! See More Texas News
Previous Article Will Anyone Try to Challenge Gov. Greg Abbott?
Next Article What Would Someone Even Do With $1.2 Million Worth of Fajitas?