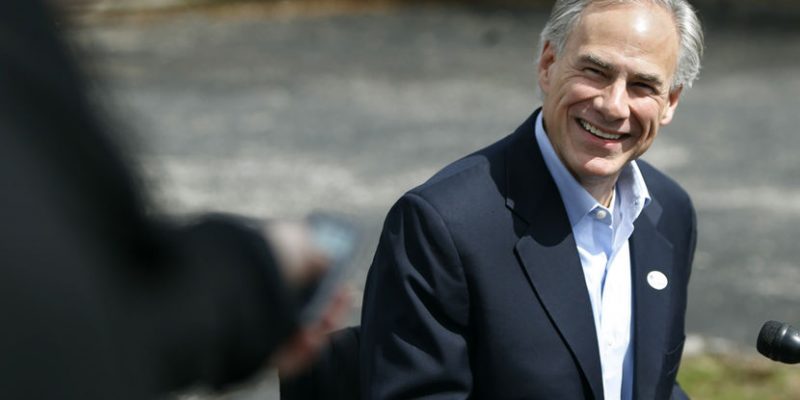 The 2018 election cycle is coming up fast, and there are hundreds of articles and analyses on who will control the United States Congress, many governorships, and even the Senate seat that is currently held by Senator Ted Cruz.

However, in one race, the Democratic Party can’t seem to catch a break.

Governor Greg Abbott formally kicked off his campaign for reelection as the Governor of Texas on July 14th, 2017, over three months ago, and actually announced his intent to seek reelection on January 21st. And yet, unlike the Senate race that so many pundits insist might be competitive in November 2018, the gubernatorial election in the state of Texas has attracted a grand total of three competitors: Governor Abbott on the GOP side, and small businessman Jeffrey Payne and failed congressional candidate Tom Wakely on the Democratic side. Despite all the insistence that Texas was set to become a swing state due to demographic changes, Democrats are finding it near impossible to find a prominent officeholder to run against Greg Abbott.

The Democrats, for their credit, have at least tried. They just can’t get anyone worthwhile. The Castro brothers (Julian and Joaquin) have been prominent in Texan politics for the past few years, with Julian serving as the Secretary of Housing and Urban Development under President Obama after serving as San Antonio’s mayor. However, after being on the shortlist for vice president for Democratic nominee Hillary Clinton this past year, it appears that Julian Castro has decided to opt out of the race in favor of a presidential run in 2020. The next logical choice would be to recruit Joaquin Castro, who currently serves as a representative. However, Joaquin Castro has also declined to run multiple times, with the most recent coming on September 19 after the chair of the Democratic Party of Texas said he was still considering a run. They have attempted to recruit Rafael Anchia, a state representative, who also declined to run. Annise Parker, the former mayor of Houston, has not been heard from in the political world in over a year. Wendy Davis has indicated that she will not seek a rematch against Abbott (a concept that probably is in the best interest of the Texan Democrats). The Democrats couldn’t even convince Mike Collier, their 2014 comptroller nominee, to run for governor; he decided that taking on Dan Patrick in the lieutenant governor’s race would be a more productive use of his time. Still, the Democratic Party of Texas has insisted that they will produce a “dynamic, authentic candidate for governor” by this fall.

What has happened to the Democratic Party of Texas? What happened to the hype around “Battleground Texas,” and turning Texas purple? 2018 was supposed to be the year that things turned around for the Democratic Party in this state, and yet here we are with the Democrats’ chances of winning the governor’s mansion at rock bottom. People continue to insist that the Democrats will recover here, but we have little proof to believe that the Democratic Party of Texas is set to win much of anything in 2018, considering they can’t field a proper candidate for governor, let alone an entire statewide ticket. Come on, Dems. Even in Wyoming the Democrats there are fielding a former state house minority leader for governor. All this goes to prove is that the hype around the Democratic movement in Texas is just that; it’s hype. At this rate, Governor Greg Abbott will continue to be a reality for the Lone Star State for at least four more years (and judging by how things are going now, it could be even longer.)

Interested in more news from Texas? We've got you covered! See More Texas News
Previous Article VIDEO: Steve Scalise On 60 Minutes
Next Article Denise Marcelle And The Gang Are Going After Blaine Salamoni As Best They Can…