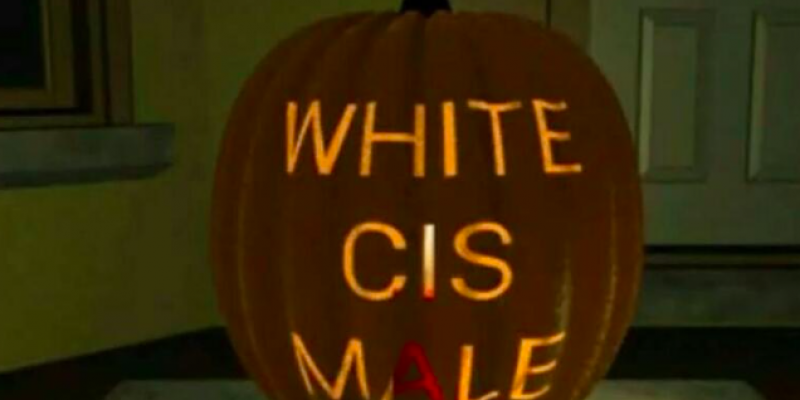 As we slowly inch toward the very real possibility that liberalism will destroy every fun holiday in existence, the campus left at the University of North Texas has fired the first shot for this year’s Halloween war with a “dialogue” about whether certain costumes are inappropriate.

I use quotations because the purpose of the exercise was for students to answer if wearing certain costumes is appropriate. It’s a question that those in charge already had the answer to, like when someone asks you “Should you be eating that?”

And with both questions, the only appropriate answer should be “Yes, please mind your own business and let me enjoy this.”

Basically, the UNT Office of Inclusion and Diversity (gag) runs a program called Tent Talks, where they bring up TOTALLY unbiased items for discussion. Previous topics included “What are the societal challenges of immigrants in America?” So you can see where they’re going with this.

Students at the University of North Texas (UNT) were recently asked, “whether certain Halloween costumes are appropriate” at a public event.

As a part of the presentation, a white board was placed near the school’s Library Mall area. Pictures of various costumes were displayed along with the header, “Should people be able to wear these costumes? Why or why not?”

Costumes featured included an obese, white, rural man holding a six-pack of alcohol, an African-American man with dreadlocks and gold chains, Mexican attire replete with sombreros and maracas, an extraterrestrial “illegal alien” in an orange jumpsuit, a kimono costume, a woman in a burqa, and a Native American headdress.

First of all, a fat redneck and black guy with dreadlocks are objectively bad costume ideas, but if you want to go to a Halloween party looking like the Kid Who Lacks Imagination, God bless. Same goes for a kimono and burqa.

On the flipside, an alien alien is pretty hilarious. Luckily, there were a lot of students who hadn’t been assimilated into the politically correct Borg yet, and made completely sensible points. Others went pretty much as you’d expect.

“No; most of the costumes shown show a great exageration [sic] of a culture/group of people that end up disrepecting [sic] mentioned groups or their cultures,” one student wrote.

Other students had differing opinions.

Students wrote, “yes, people have the right to free expression,” and “Sure! The majority of these are satirical.”

“I think people should be able to wear them because they have a right to, but should have the discretion to know if it is offensive or acceptable,” another student proclaimed, while one student simply wrote, “It is funny.”

The underlying premise of all of this is that you could (gasp) offend someone with your costume, which we all know is breaking the First Commandment of social justice warrior-ism.

There are much better ways this whole question could have been worded. “Can you ruin a party if you don’t like a costume?” comes to mind, or maybe “Are people obligated to respect you or your culture?” Or how about the very pertinent “Has anyone ever actually been offended by a Halloween costume?”

There was one answer given by a student that perfectly summed up not only the exercise, but the entire idiotic debate surrounding Halloween costumes around the country:

One student questioned the premise of the exercise, asking, “Why is it okay to control what people wear in some situations but not others?”