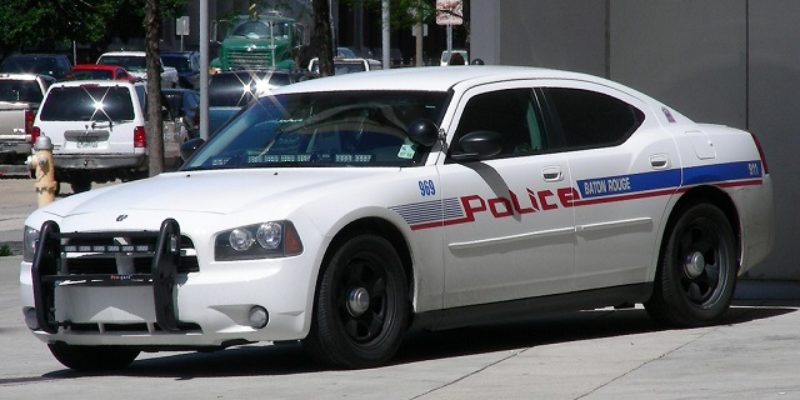 We like that word and we decided to co-opt it after Monday’s WAFB story about how the local chapter of the Saul Alinsky-founded Industrial Areas Foundation calls the product of the Baton Rouge Police Union’s negotiations with the city-parish over its new contract “troubling.” We’re usually “troubled” by the leftist agitation this sinister outfit is up to. Together Baton Rouge, after all, is the group which had the temerity to call the Baton Rouge Police a bunch of racists earlier this year because there were more drug arrests in North Baton Rouge, which is mostly black, than in mostly-white South Baton Rouge, a contention so nauseatingly stupid on its face that it could only be explained as an example of how the organization’s chief aim was to sow division and unrest in the black community and turn it against the police – with the primary victims being black homeowners and law-abiding citizens in North Baton Rouge who are responsible for the phone calls which summon police to arrest crack dealers on North Baton Rouge streetcorners.

In particular, this pernicious organization says it’s “troubled” by the provision the police union is asking for in which complaints against cops not found to be grounded in truth be removed from the personnel records…

In a string of tweets over the weekend, the group Together Baton Rouge called parts of the police union contract “troubling.” The contract’s terms dictate that references to most complaints against officers – whether found to have occurred or not – should be “purged” after 18 months, provided there the officer receives no additional complaints during that time.

Meanwhile, allegations of more serious charges, such as sexual misconduct, harassment, and domestic violence, should stay on the record for five years. “That just seemed like that was concerning, because of the lack of transparency that that can invoke,” said Gary Meise with Together Baton Rouge.

However, Sgt. Bryan Taylor, who heads the Baton Rouge Union of Police, says despite what it says in the contract, none of those records have been scrapped in recent years. He says this is due to a dispute with the media. “We aren’t going by the retention for internal affairs records… since the lawsuit between the Advocate and the Baton Rouge Police Department shortly after Hurricane Katrina,” he said.

Taylor says officers are often exonerated when they face complaints, but the documentation remains. He says this has set up a problem, where unfounded complaints muddy the records of officers. He wants to see those records cleaned up. “The Baton Rouge Police Department is actively pursuing the path to purge records,” he said.

Meise meanwhile, says the records should be kept longer, believing transparency can only help improve community trust. The organizers of Together Baton Rouge question the rate at which officers are exonerated. Their analysis shows that between 2014 and 2016, BRPD completed investigations of 90 use of force complaints against their officers – more than any other type of complaint.

Of those, 96 percent were exonerated. “The concern there is that, also during that same time period, Baton Rouge has ranked the fourth highest in officers involved fatalities among 110 cities above a population of 200,000,” Meise said.

There are two things at work here, and neither one of them are good.

The first thing is that without a provision for scrubbing the unfounded complaints from the personnel records, a police officer’s record can be pretty badly dirtied up by a determined group of malefactors seeking to fulfill a vendetta, and a long string of bogus complaints could, if allowed to stay on the record, interfere with his career advancement. Without those complaints being stricken, the power of an organization like Together Baton Rouge to gin up such a string is magnified.

The second thing is worse, and it’s what’s really going on. Because these complaints are giving mayor-president Sharon Weston Broome, whose water Together Baton Rouge is carrying, a pretext to extend the current contract another year without negotiating a new one under the current police chief. With her hand-picked chief serving as the honest broker of sorts between the mayor and the union, the fix will largely be in – so she doesn’t want to negotiate the contract now. Together Baton Rouge is giving her cover to delay.

Just like Together Baton Rouge’s idiotic “study” showing how responding to the much larger volume of calls complaining about drug crime in North Baton Rouge compared to South Baton Rouge makes the city’s cops a bunch of racists was a bit of water-carrying for Broome’s efforts to demand hug-a-thug policing in Baton Rouge. And we know how well that’s worked out; the city’s murder rate has exploded, and Baton Rouge might well be the most dangerous city per capita in America now. With the vast majority of the murders coming in North Baton Rouge.

Which is good evidence of how much help to regular folks in North Baton Rouge Together Baton Rouge is.

Also, Together Baton Rouge is working on doing something about the “food desert” that North Baton Rouge is, while trying to hamstring the cops. From an email they put out over the weekend…

Together Baton Rouge’s work to close the grocery gap in Baton Rouge is at a crucial moment.

Over the next few weeks, city officials will decide whether they will fulfill their commitment to allocate start-up funds in the budget what’s called a “fresh food financing initiative” — basically, an incentive and recruitment strategy to bring grocery stores to grocery gap areas.

Please check out the video on commitments officials made to TBR last fall to support this effort.

If you’re on Facebook, you can find the video here.

All of this is idiotic. For one thing, you don’t need a bunch of government dollars to pay some grocery chain to move in to North Baton Rouge – what you need is entrepreneurs. If North Baton Rouge is a food desert and there aren’t enough grocery stores to go around, that’s what’s known as a “hole in the market,” and it’s an opportunity for somebody to make money. A grocery store doesn’t have to be some massive concern, by the way – maybe a number of mom-and-pop outfits springing up in some of the empty storefronts dotting the landscape there could be a solution.

There isn’t a grocery gap in North Baton Rouge. There’s an entrepreneurship gap. But a Soros-funded Alinskyite group isn’t going to promote entrepreneurship; that you can guarantee.

And the mom-and-pops aren’t any good for Together Baton Rouge’s purposes. They want a big grocery chain they can shake down for “community reinvestment” dollars. Shaking down mom and pop for that is like trying to get blood from a turnip. So your tax dollars must pay for Wal-Mart or Albertson’s to locate in the bad part of town.

But that’s what you get from Together Baton Rouge and their never-ending agitation. Is it any wonder that this city’s downward spiral accelerated noticeably when TBR set up shop and proceeded to rape the taxpayers out of $18 million a year for the failed bus system in town? Some coincidence, no?