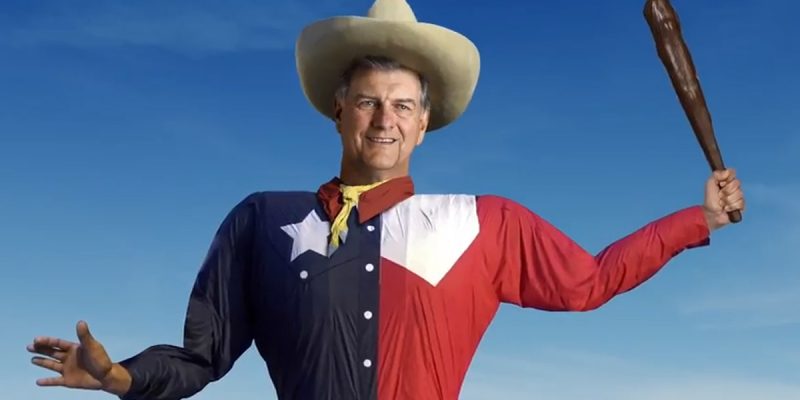 There’s a bond issue election coming up this week in Dallas, where Democrat mayor Mike Rawlings – perhaps best known of late for his Mitch Landrieu-style crusade to take down a Robert E. Lee statue – has pushed no less than 10 line items on the ballot to issue bonds totalling $1.05 billion. The bond election is set for Tuesday, Nov. 7.

Rawlings’ bonds don’t carry with them a specific tax increase, and what’s likely is they’ll simply drive property assessments higher in Dallas and then property taxes will rise accordingly. That isn’t what the city of Dallas claims will happen, but it’s easy to predict.

Interestingly, Rawlings admitted earlier this year that Dallas has become a “barbell economy” in which there are lots of people on the rich and poor ends of the spectrum and few in the middle. Taking a billion dollars in property taxes out of the city’s private sector wouldn’t seem to be a particularly smart way to attract the middle class, but of course urban Democrats – regardless of what they might say – have no use for middle class families. Middle class families are a pain; they expect potholes to be fixed, safe streets, a road network that actually functions, schools which don’t suck, a city government not full of graft and corruption and proper drainage so their houses don’t flood. Those are not things urban Democrats want to focus on, and they certainly don’t make for a political resume that leads to higher office.

So, Rawlings is offering these 10 bond proposals totaling a billion dollars’ worth of addition to the city’s debt. And they’re for…

You’ll notice a lot of the projects included in these bond proposals amount to building maintenance, which is something very typical of how the public sector manages its assets. In the private sector, physical plant maintenance is built into budgets on the basis that an ounce of prevention is worth a pound of cure. A private company owns or leases its facilities and recognizes it will come out of pocket for repairs, and so takes pains to minimize facility costs by keeping up what it has. The public sector is an entirely different animal, of course – in the public sector you let your physical plant run down to the point where it no longer functions and is an eyesore, because you can then sell the eyesore to the voters as something they must shell out for, and you hire an architect to produce extravagant designs for renovations or new facilities altogether.

Forget about the fact you’ve had building maintenance built into the budget for which you already tax the voters. That money is nothing more than a slush fund to be melted away on brother-in-law contracts and common graft.

Dallas, despite being on the whole a remarkably successful city, is no different. This collection of bond proposals proves it.

Given all of that, meet Big Tax, the creation of the Conservative Response Team, who looks an awful lot like Rawlings…

Interested in more news from Texas? We've got you covered! See More Texas News
Previous Article Here’s What We Know About The Sutherland Springs Church Shooting
Next Article The Left’s Gun-Grabbing Ghouls Are In Ecstasy Over Sutherland Springs