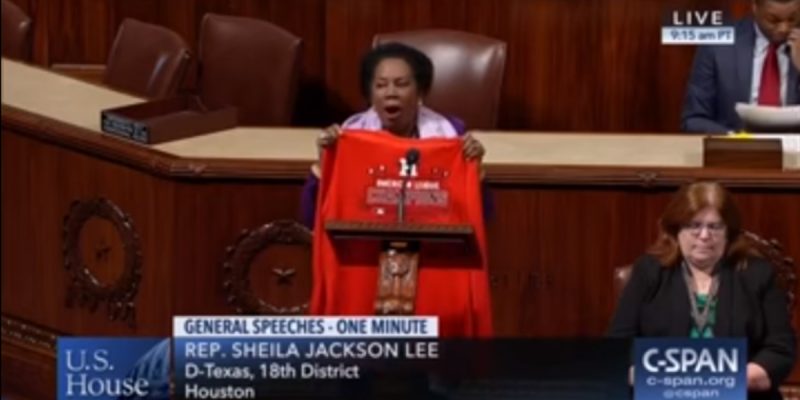 I ain’t gotta say too much else about this, right? It’s Sheila Jackson Lee givin’ a speech on the floor of the House of Representin’, and she’s congratulatin’ the Astros on winnin’ the World Serious.

That alone is comedy gold, right?

She can’t pronounce Altuve, and she spends half the speech thankin’ the mayor for the Astros winnin’ when she’s not talkin’ about “the battlefield of baseball,” but what do you expect? It’s Sheila Jackson Lee, for cryin’ out loud.

Regardless of all that, it’s better to have Miz Sheila happy about major league baseball than crabby about the NFL. This, from five weeks ago, was a little less defensible…