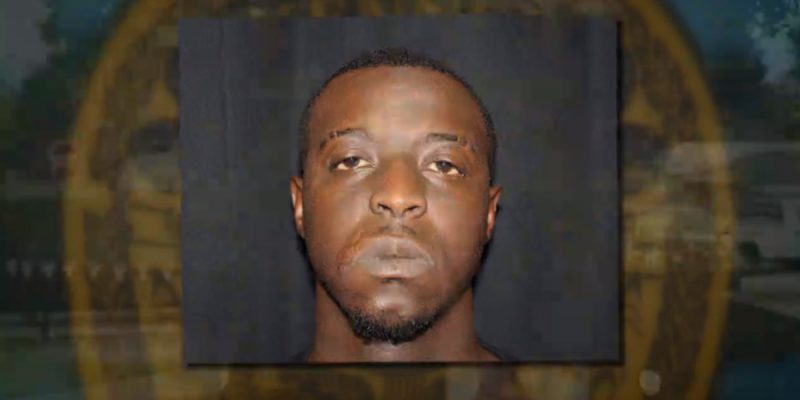 We’ve mentioned on a number of occasions – including in a post earlier today – the political problem Gov. John Bel Edwards has made for himself regarding his implementation of the criminal justice reform package passed earlier this year. It seems the governor’s team has begun to get nervous about the fallout – best personified by the Smokey White mess – from that implementation. Here’s a press release which went out this morning we found quite interesting…

Friends, Many of you have covered the implementation of the new criminal justice reform laws over the last month with interest. It is an important issue for the people of Louisiana and we appreciate the time and resources you have devoted to bringing attention to this matter.

In closely monitoring stories on this topic, we’ve noticed that in some cases, additional information from either our office or the Department of Corrections would have been helpful in further developing the relationship between the mechanics of reform, early release calculations and individual cases being highlighted in various stories.

We wanted to flag the following information for your consideration as you continue to cover this issue:

The goals of these reforms are to reduce the amount of our state’s scarce resources spent on incarceration, to reintegrate parolees into society more quickly and to strengthen community supervision in order to reduce recidivism. The 10 bills passed by the legislature this year, included 7 bills by Republican legislators, emphasizing the broad, bipartisan support for the package. The bills were supported by the conservative Louisiana Family Forum, the Louisiana Association of Business and Industry and the District Attorney’s Association. In addition, 68% of Louisianans support bipartisan criminal justice reform.

Early numbers in the first month of criminal justice reform indicate that the new laws are being implemented with significant success. We are already seeing the return on investment as the vast majority of the 1,900 offenders released on November 1, 2017, are living up to the terms and conditions of their release.

Louisiana is the latest state to enact such reforms; many others, including Southern states such as Georgia, Mississippi, and South Carolina, have experienced simultaneous drops in their crime and imprisonment rates. Under previous laws guiding release requirements, DOC released an average of 1,500 people per month, meaning the reforms call for a slight, temporary increase in the early release of people serving time for non-violent offenses by an average of only 60-90 days early.

So, today we are extending an invitation for you to reach out to us or the department when working on a story related to the reforms, especially when covering someone who may have been arrested since their early release. We are eager to provide all of the information available on the circumstances of their case including how early they were released, the charge(s) for which they were previously serving time, the number of hours of pre-release programming they received, etc.

As you may have noticed, some voices around the state have engaged in spreading inaccurate or misleading information. We would like to help combat that with factual information regarding the actual elements of the reform legislation and specific circumstances of cases moving forward. Please contact us before publishing a story so that we can provide helpful information.

As always, thank you for the work that you do.

The problem with a message like this is since it’s only been six weeks since Edwards signed off on the Louisiana Department of Corrections’ release of those 1,900 prisoners from the state’s jails it’s laughably early to tout any successes from such a program. Unless one of Edwards’ prison-release alumni were to save children from a burning building, or win the Powerball and donate all the proceeds to charity, nobody is going to buy this program as a win after only six weeks.

But people will buy failure as an immediate result, particularly when Smokey White had an illegal gun he used to stick up a construction crew in Kenner less than a week after being released from prison, and particularly when Daniel Alston and Reginald Capers proceeded to pile up a mountain of burglaries in North Monroe immediately after their releases. Cases like Smokey White, and the Alston-Capers capers, where career criminals immediately return to crime upon their release, more or less speak for themselves.

And there is nothing the governor’s communications team can do to unspill that milk.

Further, the actual elements of the reform legislation aren’t what’s at issue anymore. It’s only a matter of time before one of Edwards’ alumni kills somebody – and at that time nobody is going to care about the details of the legislation. In fact, legislators who voted for it will begin declaring they certainly didn’t vote to let career criminals back out onto the streets to cause havoc among their constituents, and so it must be Edwards’ flawed implementation of the plan which is causing the bad results.

And the chances of a local media outfit in, say, Lafayette consulting with the governor’s spin doctors for their reaction before running with a story about the career criminal who just shot someone in Carencro after being part of that mass release aren’t really all that great. Sure, the Edwards crew will be asked for comment – but nobody is going to hold a story for them to pull records and come up with a narrative. The local newspapers and TV stations will include all of that in a follow-on report, particularly to milk traffic out of what’s inevitably going to be a multi-day story when the next iteration of a Smokey White falls, but that’s not going to help Edwards’ cause much.

The governor’s communications team probably didn’t have much choice but to put out today’s memo. Their problem is none of this will help them survive what’s coming. Politically, to a large extent Edwards’ fate is in the hands of hundreds of ex-convicts that he’s put on Louisiana’s streets, and increasingly a skeptical public is watching for mistakes he’s made in letting him out.

It’s not hard to see this as a precarious situation. We all know there are Smokey Whites to come. So does Edwards and his team.

Interested in more news from Louisiana? We've got you covered! See More Louisiana News
Previous Article Well, The Scalise For Governor Fantasies Were Fun While They Lasted…
Next Article CROUERE: Tax Reform Or Bust For The GOP Senate