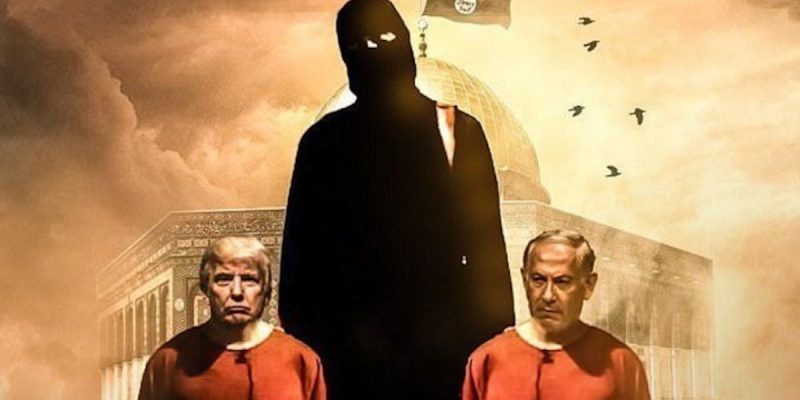 After President Trump’s recent announcement to move the U.S. Embassy from Tel Aviv to Jerusalem– and recognizing Jerusalem as Israel’s capital, the Islamic world is in an uproar. One expression of Islamic outrage was recently published online by the terrorist organization, ISIS– depicting its plans to behead Trump and Israel’s Prime Minister, Benjamin Netanyahu.

It depicts the ISIS flag over the Dome of the Rock in Jerusalem, the mosque that was built on top of the ruins of the holiest land in Israel– the Jewish temple. The Dome of the Rock is considered the second holiest site to Muslims, second to the Ka’aba in Mecca.

In front of the Dome stands an ISIS soldier/executioner wearing a hood, towering over Trump and Netanyahu wearing orange, about to execute them. It states that ISIS will kill Christians and Jews, fulfilling the promise of Allah, the Islamic god. 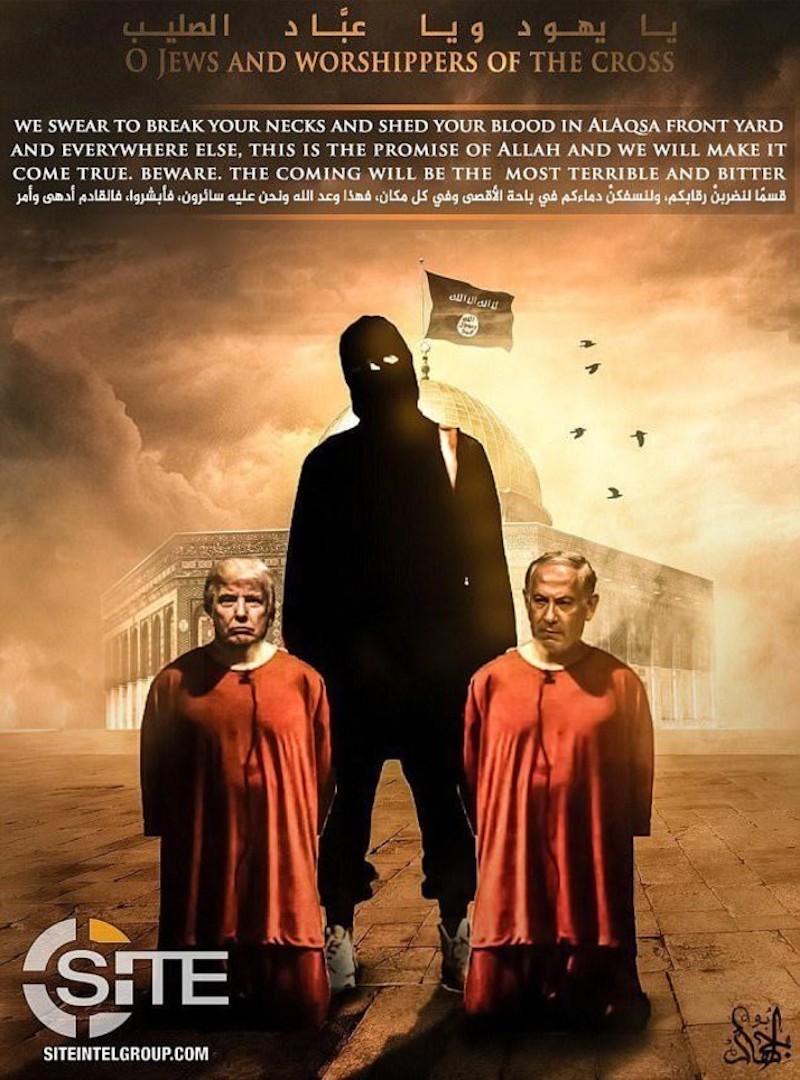 The problem for ISIS is that it will not ever defeat Trump or Netanyahu.