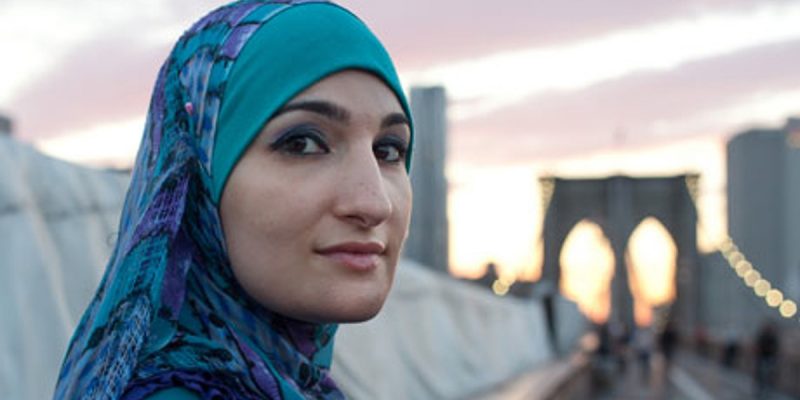 We can’t express enough what a miserable fraud Sarsour is. This ought to do the job for us…

Asmi Fathelbab told blog The Daily Caller that a man repeatedly rubbed his crotch on her while she worked for the association under Sarsour in 2009.

But when Fathelbab reported the abuse, Sarsour — a self-proclaimed feminist and co-founder of the Women’s March organization — fat-shamed the woman and threatened to blacklist her from political jobs, the woman told the website.

“She oversaw an environment unsafe and abusive to women,” said Fathelbab. “Women who put [Sarsour] on a pedestal for women’s rights and empowerment deserve to know how she really treats us.”

Fathelbab went to the president of the Arab American Association’s board of directors, Ahmad Jaber, but says he told her the accused man, Majed Seif, was incapable of the allegations because he is a “God-fearing man” who was “always at the Mosque.”

Furious that Fathelbab went over her head, Sarsour threatened to have her blacklisted from New York political and activist circles — and that’s what Fathelbab says happened.

“She told me I’d never work in NYC ever again for as long as she lived,” the 37-year-old New York native Fathelbab said. “She’s kept her word. She had me fired from other jobs when she found out where I worked. She has kept me from obtaining any sort of steady employment for almost a decade.”

Here’s Fathelbab’s entire allegation against Sarsour, which she says is one of many, and the Daily Caller report corroborates her story with other sources in a fascinating piece…

I cannot stand by any longer and watch everyone praise a woman that claims to be for women’s rights and someone that fights for women when she herself allowed for abuse to occur to women.

The #METOO movement angered me because it gave me flashbacks to things that occurred while working for a non-profit in 2009.

In 2009, I was contracted under AmeriCorps to work for the nonprofit The Arab American Association of New York, in Brooklyn where Linda Sarsour was the acting director of the organization. The following occurred to me during that 12 month nightmare called a job.

I was stalked to and from work and inside the building. I complained to a supervisor that there was a strange man stalking me and was informed that he did not actually work there but lived upstairs above the office.

He would sneak up on me during times when no one was around and, depending on what floor I was on, you could hear me scream at the top of my lungs.

I would be thrown and pinned up against the wall by him.

He had a tendency of sneaking up behind me to touch me.

While this would go on, the acting director, Linda Sarsour, would tell me each time that I was over reacting, even threatened to fire me once when she heard me screaming from the second floor because this man came out of nowhere and touched me. According to Sarsour,  something like that did not happen to someone that looked like “me” and no one would ever believe me if I ever told them what happened. How dare I interrupt her TV news interview in the other room with my lies.

I went to the president of the organization and was told my stalker was a God-fearing man who was always at the Mosque so he wouldn’t do something like that and that I wasn’t his type anyway, so I was just making things up because I wanted attention.

I was told this was a man that worked at the United Nations and it was made loud and clear that whatever I was saying to defame his name could be used against me when he wanted to sue me.

I received a call from the supervisor from Detroit where she asked me to tell her in detail what was happening and told me she’d take care of it.

I thought I was saved and everything would be OK until I received a call from her the next day calling me a liar, threatening to cancel my contract and write me up. At the same time, Linda Sarsour was informing me that she would make sure I would never work in New York City ever again for as long as she lived.

On top of that, later that afternoon I had a visit from a community liaison Detective from the NYPD. He came to my office locked the door and proceed to tell me he was there to arrest me for making a false statement regarding being stalked, sexually harassed and sexually assaulted.

I had to talk him out from arresting me that night and explain that I was the victim.

I didn’t know what to do.

I’ve had several jobs that I was let go of since then when she had discovered that I was working there.

I’ve had several people tell me that I was unemployable because of what I did at that job. All I wanted was to feel safe and not worry some stalker was going to pin himself up against me so I would be fully aware that he was erect.

I wanted to be able to go home without the worries of him waiting to grab me in front of my house to rape me.

I’ve had several political jobs where Sarsour told the candidates that if they wanted to win the Muslim vote, they had to fire me and hire her instead because I was the most hated person within the Muslim community in all of NYC.

I haven’t been able to obtain a steady job since 2009 because AmeriCorps decided I shouldn’t be able to stay within the program because of the horrible write up I had obtained from my supervisors.

This is not the only story pertaining to Sarsour about what she does to women.  This is one of many. I cannot stand by and watch women put her on a pedestal and not know the truth.  Here is the truth: If you were in front of Linda Sarsour being sexually harassed, she wouldn’t help you, she’d try to shut you up for complaining.

I know because it happened to me.

The whole idea of Sarsour as a feminist icon was always sketchy at best, if not uproariously inappropriate, as there is no rational justification possible between modern American feminism and advocacy of Islamic sharia law. Sarsour has been attempting to square that circle, badly, in the public light for over a year, and what seems clear is the only common thread in her agenda is anti-Americanism.

Now, hopefully she’ll be brought low and sent packing from the public sphere as a result of a heap of allegations of abuse. That’s a Christmas present America surely deserves.