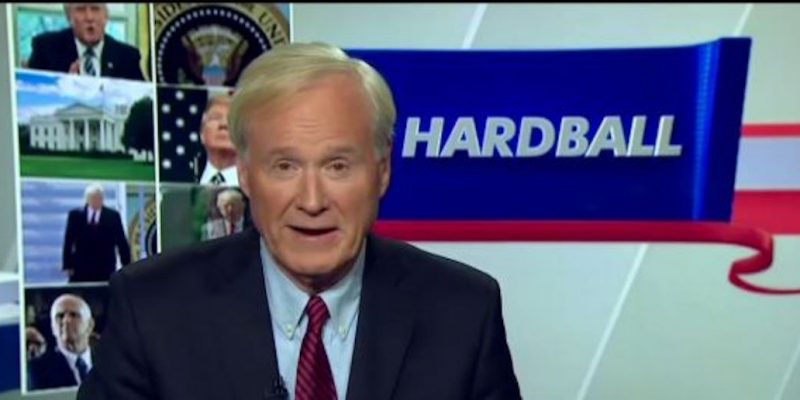 The Daily Caller media reporter Amber Athey broke the latest sexual harassment news about MSNBC’s Hardball host, Chris Matthews. According to three separate confirmations, a former employee was given “a separation-related payment … after the woman complained about sexual harassment.”
Two sources confirmed that “Matthews paid $40,000 to settle with an assistant producer” who worked for the show in 1999. The woman complained to CNBC executives (the show aired at CNBC from 1997-1999) that Matthews made “inappropriate comments and jokes about her while in the company of others.” MSNBC confirmed the settlement, but disputes the amount the woman received as part of her severance package.

The MSNBC spokesman said that they thoroughly reviewed the situation at the time and that Matthews received a formal reprimand. Based on people who were involved in matter, the network concluded that the comments were inappropriate and juvenile but were not intended to be taken as propositions.

By the way, Matthews and Lauer have gone out of their way to criticize Donald Trump and Roy Moore, and Republicans in general, for almost everything, including false sexual harassment claims. Finally, these men are being called out for their hypocrisy.