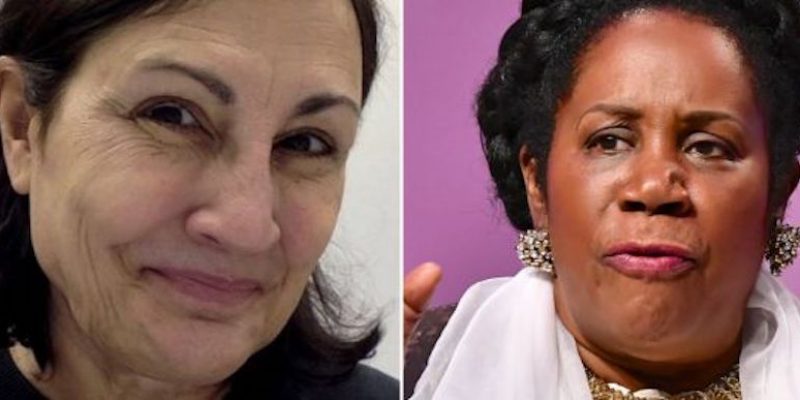 Jean-Marie Simon, a teacher traveling from Guatemala via Houston to Washington, D.C. on United Airlines, was booted from her seat just days before Christmas– for none other than Congresswoman Sheila Jackson Lee. She lost her first-class seat– because the airline gave it to a democratic congresswoman from Texas– and all of a sudden there was no record of Simon’s ticket in the system.

Simon was at George Bush Intercontinental Airport in Houston on her way home from a trip to Guatemala when she noticed that the congresswoman was being ushered onto the plane before everyone else– and into her seat.

She posted about her ordeal on Facebook, pointing out that she is not the first person this has happened to on a United Airlines flight:

… the friendly skies of United continues to treat passengers badly, and to lie. This time, it involved United flight #788 from Houston’s Bush International Airport to Reagan National in Washington DC on December 18, 2017. And Congresswoman Sheila Jackson Lee (D-Texas). And me.

Not to belabor this, but here's my story with my TSA/Global Entry/Gold Elite boarding pass status and "X's" name in the…

Of course– the congresswoman cried racism– claiming Simon complained because she was black.

Lee denied Simon’s accusation and went one further– by publicly declaring that Simon was discriminating against her because she is black. The Houston Chronicle reported:

“Since this was not any fault of mine, the way the individual continued to act appeared to be, upon reflection, because I was an African American woman, seemingly an easy target along with the African American flight attendant who was very, very nice.”

When will the racism nonsense end?

When will Jackson-Lee apologize to Simon– and to the American taxpayers, the majority of whom can’t afford a first class ticket because their taxes are paying for her to ride first class?!

Jackson-Lee continues to act entitled. She continues to blame others for her own actions. Bah humbug. No seat for you if you’re not a Congresswoman who has mastered using the race card.

A Texas congressman who sat in the seat next to Lee told Simon that the congresswoman had reportedly bumped other passengers before.

“Jackson Lee gives us all a bad name; it’s shameful,” he added.

Simon received a $500 voucher for losing her seat and being bumped to lower-class seating.