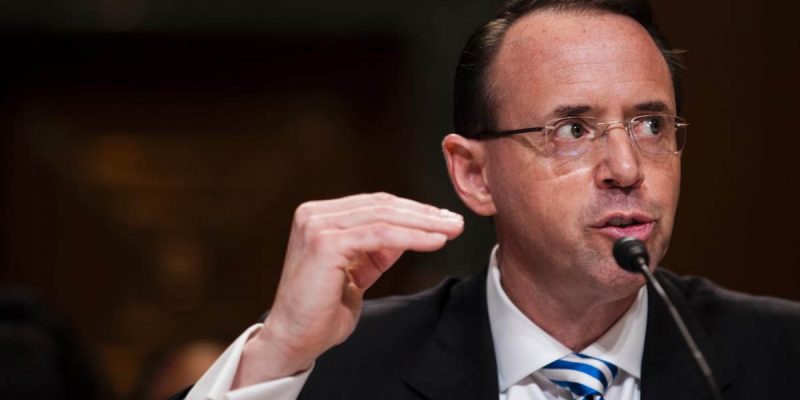 If you haven’t been paying attention to the wobbling and creaking of the Robert Mueller Trump-Russian Collusion probe, which has turned up no evidence that the Trump campaign colluded with the Putin regime to fix the 2016 presidential election after nearly a year of trying, of late there have been a couple of very interesting developments indicating what many people believe – namely, that Mueller’s investigation is fraught with conflicts of interest and represents an attempt at a silent coup against the President of the United States.

Clearly the stories which have emerged surrounding highly-placed FBI agent Peter Strzok, whose test messages to his mistress showed him to be a low-grade Democrat hack carrying water for the Hillary Clinton campaign while he was running the investigation of her e-mail scandal and, later, heading up the questioning of Mike Flynn, and DOJ attorney Bruce Ohr, who was demoted after revelations he had not only met with Fusion GPS and Christopher Steele, the former British spy who wrote the infamous Pee Pee Dossier creating “dirt” on Trump, but that Ohr’s wife was employed by the consulting firm, point to the perception of Mueller’s probe as a coup attempt.

It’s been known for a long time that Mueller’s investigative team is comprised almost completely of Democrat partisans, some of whom gave large sums of money to the Clinton campaign. That gave a poor tint to the investigation, to be sure, but with the Strzok and Ohr revelations it starts to become clear that the politics of the investigative team are more than peripheral to its performance.

And that was the subject of a pair of compelling video segments coming out of yesterday’s hearing of the House Judiciary Committee, in which Reps. Trey Gowdy and Jim Jordan lit into assistant Attorney General Rod Rosenstein, who made the decision to appoint Mueller as special counsel for the Trump probe, over the revelations.

Gowdy’s focus was on the fact that the entire reason for appointing a special counsel to perform an investigation is the perception that an investigation conducted through regular channels and personnel might be tainted by conflicts of interest. He asks, then, whether Mueller’s probe doesn’t inflame the problem given that it’s populated with people who clearly have extreme conflicts of interest. Rosenstein’s defense is a valid, if weak, one – namely that the Strzok and Ohr revelations were made public by the Justice Department’s Inspector General, and that DOJ is doing what it can to provide sunshine into the investigation so that its process and findings can be trusted. Which might be true, but if none of the work done by Strzok or Ohr can be given credence based on their conflicts of interest, at what point does the entire probe become discredited and at what point does its plug get pulled?

Jordan’s segment with Rosenstein is a bit frustrating, as he opens with a pair of hanging questions which could well explode the entire narrative by which Mueller’s probe was created. The first of those was whether the government paid Fusion GPS for that dossier, something which appears to have been the case but hasn’t been conclusively proven, and the second was whether the dossier was brought to a FISA court and offered as evidence to secure a warrant for the federal government to conduct surveillance of an American presidential campaign in the middle of an election.

But Jordan never presses Rosenstein as to the answers to those questions, and Rosenstein, who is asked about them repeatedly throughout the hearing, refuses to address them. He instead says that the matter of the FBI paying Fusion GPS is under investigation by the Inspector General, and further that the FISA application question is one which is classified.

Rosenstein looks terrible in both of these segments, of course, and he wasn’t a lot better in the rest of the hearing. No government official weaseling his way out of pointed questions will come out well in a hearing like this, obviously. But as to Jordan’s second question, the one about whether the Fusion GPS dossier was used to justify the Obama administration spying on the Trump campaign, Trump is the one holding the keys to the kingdom. We can’t understand why the president doesn’t just declare everything surrounding Fusion GPS and FISA applications from last fall as “declassified,” in the national interest of transparency, and direct the FBI and Justice Department to release all the information it has on that subject. If Jordan’s suspicions are correct, the public will then know the entire Trump/Russia collusion narrative was a ruse, and it will also know Mueller’s probe really is an attempt at a coup.

The public might find this information out anyway should the push Jordan and others are making for a second special counsel, an investigator to investigate the investigators, become successful, as we’re told seems more and more likely.

Interested in more national news? We've got you covered! See More National News
Previous Article The Latest from Disney: Boys Can be Princesses [video]
Next Article Finally Some Good News from the NFL: Faith in the Eagles’ Locker Room [video]