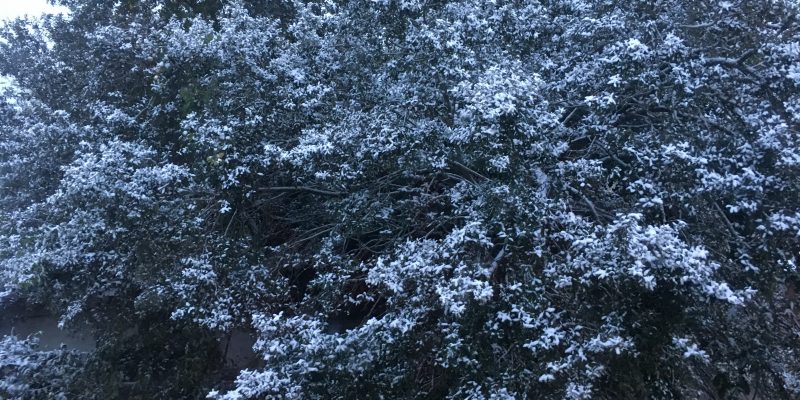 Yes, it did snow in Texas. All over south Texas. About an inch last night in Houston, although almost all of it has melted. And yes, it was 80 degrees two days ago and it’s supposed to be 80 degrees tomorrow.

As the cold front moves south, Corpus Christi is expected to get roughly 2-3 inches of snow tonight. Since 1948, Corpus Christi has recorded only eight days of measurable snow (0.1″). The last time snow fell was Christmas Eve 2004, with a record 2.3 inches.

Houston’s largest recorded snow event occurred on February 14 and 15 1895– with 20 inches of snow. The storm dumped snow from Tampico, Mexico to Pensacola, Florida, with record snow falls in New Orleans and Alabama.

Even though the snow didn’t last long in Houston it was still a beautiful sight to see: