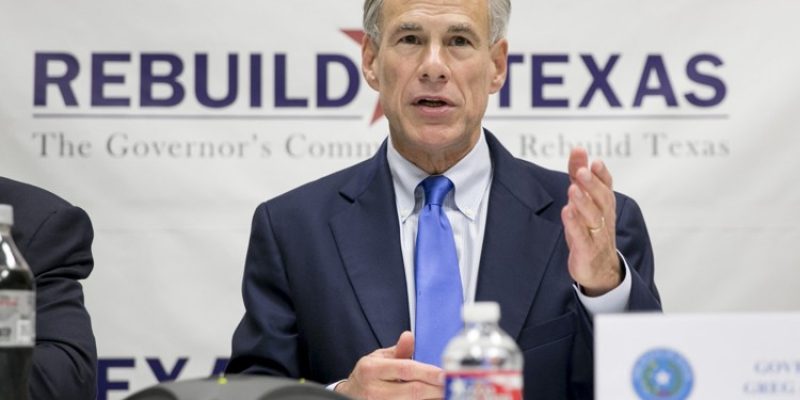 Hurricane Harvey has come and gone. Freezing temperatures, snow and ice were followed by 70 degree weather. The changing weather conditions and daily “climate changes” with high rain or no rain, snow or no snow, only exacerbate the living conditions many Texans face who are still without homes.

The Multi-Family Pilot Housing Project is slated to begin in March; roughly $8.6 million of the disaster assistance will fund it.

Abbott said in a statement:

A top priority as we continue to rebuild is ensuring that families affected by Harvey can return to permanent housing. This funding gives the General Land Office the necessary resources to continue that important work.

Joe Straus, the Speaker of the Texas House, added:

Until the Legislature acts next session to fully address the impact of Hurricane Harvey, this will ensure that families impacted along the Gulf Coast can begin the long process of rebuilding. It also demonstrates our commitment to ensuring transparency and accountability in the use of state money for hurricane relief.

Texas leaders acted when their requests for aid from the federal government continued to be stonewalled. Three governors whose states experienced devastating national disasters repeatedly asked Congress to send them disaster assistance. Texas Governor Greg Abbott, California Governor Jerry Brown, and Florida Governor Rick Scott (and Ricardo Rosselló of Puerto Rico) wrote in a letter to the leaders of the House and Senate:

Over the past several months, we have received numerous assurances that adequate disaster funding was imminent … Simply put, the communities devastated by these storms cannot be completely put back together until the federal government makes good on its promise to our citizens. If ever there was a time and role for the federal government to urgently help its citizens rebuild communities damaged by epochal disasters, now is the time to step up and fill that role.

The criminal justice agency has one of the largest budgets in the state of more than $1 billion per year. It oversees the state prison and parole system, but its budget will not be affected Abbot said. The Legislature will replenish the budget in its next session in January 2019, and federal funds will reimburse the state.

The immediate transfer of funds “will make it possible for many Texans to get back in their homes — which is so important as we work to rebuild communities and local economies in the wake of Hurricane Harvey,” Senator Jane Nelson (R-Flower Mound) added.

Interested in more news from Texas? We've got you covered! See More Texas News
Previous Article This is the only Texas town that made TripAdvisor’s ‘Top Destinations on the Rise’ List
Next Article This Abandoned Beach Resort Is Where G.W. Bush was on 9/10-9/11 2001 [video]