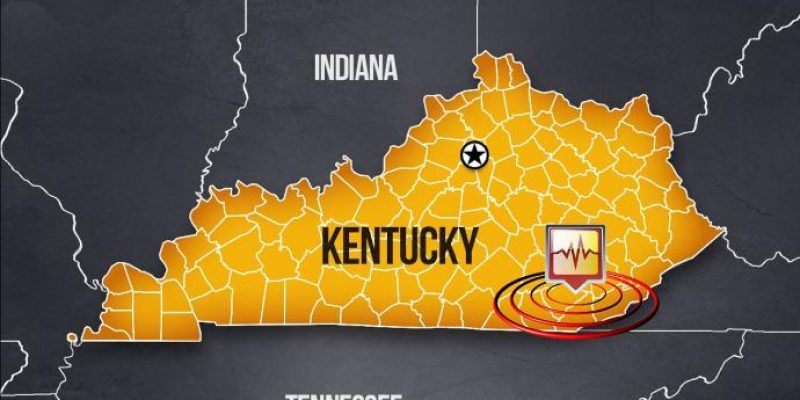 WKYT reported that “many people in Garrard County said that earthquake sounded like a loud explosion going off with some minor shakes.”

The earthquakes were also recorded by Kentucky’s Seismic and Strong-Motion Network, which is located at the University of Kentucky’s Mining and Mineral Resource Building.

William Haneberg, the director of the Kentucky Geological Survey and a state geologist, told WKYT that earthquakes are actually very common in the Bluegrass State. He said:

In reality, earthquakes occur all the time. Most of them we don’t feel, even up to a magnitude three or so, and it would be kind of unusual for someone to feel, but we’ve recorded earthquakes almost every day in Kentucky, most of them far far too small to feel.

While feeling the tremors of earthquakes may feel strange or frightening, especially since two earthquakes were felt within days of each other, experts claim there is no need to worry. They also state that no close correlations can be made between the two recent earthquakes, and they can’t predict when another would occur.

The earthquakes occurred in a region near the Cumberland Plateau, a mountainous area that parallels to the west of the Appalachian Mountains.

Interested in more national news? We've got you covered! See More National News
Previous Article Yelp’s Hottest New Restaurant in Louisiana is …
Next Article We Should Talk About This Jordan Peterson-Cathy Newman Interview