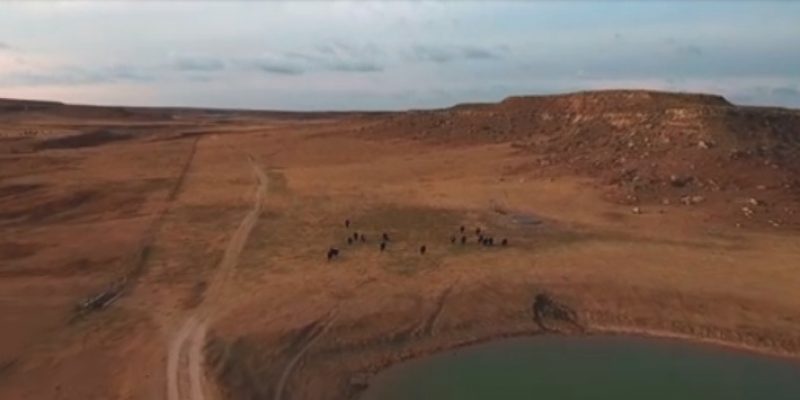 National voting records show that Roberts County, in the panhandle of Texas, had the highest percentage of Trump voters than any other county in America. More than 95 percent of the county voted for Trump.

Roberts County is located close to the very tip of Texas near the Oklahoma border, roughly 1.5 hours northeast of Amarillo. Its only incorporated community is Miami, pronounced “my-AM-uh,” whose cow population dwarfs its human population of 600.

An ABC News report reveals that:

Of the 550 who voted in the county, 524 went for President Donald Trump. Trying to name people who voted for Hillary Clinton turned into a local guessing game, and none of the suspected Clinton supporters whom ABC News contacted were willing to talk about their vote.

Donald Trump showed a great strength. A great powerful person for the American people first. First in immigration, first in jobs, first in everything. And I realized that we needed a president who believed America was great. Greater than all other countries.

Another voter, cattle rancher Mitchell Locke, is a fourth-generation resident of the county whose family helped found Miami in 1887. For him the issue was taxes, specifically the death tax. He posed a hypothetical to ABC News, saying:

… if Clinton had won, his family “would have had to sell our land to the point where it wasn’t sustainable for two families,” losing what they had worked for generations to accumulate.

Interestingly, of all the people ABC News interviewed in Roberts County, every one dismissed the issue of Trump’s collusion with Russia. Even more interesting is that ABC News did not ask about the documented collusion between the Clintons and Russia. On Saturday, the Department of Justice’s announced an 11-count indictment against Mark Lambert, a former co-president of a Maryland-based transportation company, directly connected to a Russian bribery scheme involving the Uranium One, the Clinton Foundation, and the former Secretary of State, Hillary Clinton. (It looks like that investigation is just beginning to gain steam.)

The majority of business in Roberts County is dependent on cattle ranching. According to the 2010 Census, 93.5 percent of the county is white; 74 percent identify as Hispanic or Latino.

In many ways, Roberts County resembles much of America. Its residents work to take care of their families. They know their neighbors, and they want to leave their land and inheritance for the next generation in a better position than how it was left to them.