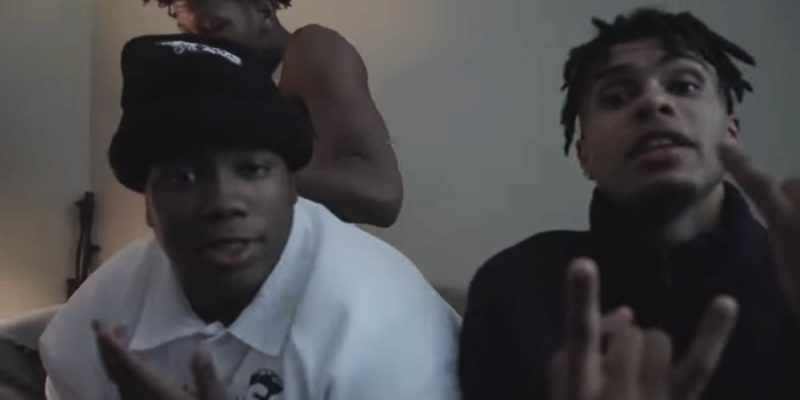 There was some relatively big news coming out of the LSU basketball program yesterday, as four players – freshmen forwards Galen Alexander and Mayan Kiir, freshman swingman Brandon Rachal and sophomore forward Wayde Sims – found themselves suspended for at least one game.

For Alexander, who’s spent most of the season as the last scholarship player on LSU’s bench (he’s averaging 1.9 points and 2.0 rebounds per game), the suspension is permanent.

“Galen will take a leave of absence from our team for the rest of the season,” Wade said. “Then, he will look for other places at the end of the season as he looks to continue to move his life in a positive direction. We will certainly be there to support him as he moves forward.”

For Kiir, it’s for the rest of the season.

What Alexander did to merit the suspension is at this point unknown. But for Sims, Kiir and Rachal we have a pretty good idea what might have factored in.

“It’s difficult as a coach. You look at yourself as a parent-figure and want to help these guys. It’s never fun when you have to have those meetings. It’s not the most exciting part of your job, but its part of what you have to do. You have to maintain a culture. You have to maintain a level of discipline within your program. Like I said, they will be fine. It was a mistake that anybody could have made in college, and we want to represent our school, our team better than that.”

Shortly after the suspensions were announced, a rap video released onto YouTube on Dec. 22 with some 379,000 views so far circulated on social media as a potential reason for Sims and Rachal’s troubles.

The rapper starring in the video is a Baton Rouge artist going by Whop Bezzy, who appears to be the hottest of the seemingly-endless herd of capitol-area hip-hop hopefuls. He had a hit of sorts with the shockingly obscene and violent “You Know I Ain’t Scared” in 2016. The song supposedly became a locker-room anthem for LSU’s football team.

And the rapper clearly enjoyed the connection to LSU athletics, which is how Sims and Rachal, not to mention Kiir, were cast in the video for his new song “I’m Feelin’ Myself” which was released in late December, smack-dab in the middle of the basketball season.

One imagines Wade, who isn’t a particular rap music connoisseur, didn’t find out about the side pursuits or see the video until recently. Sims vaping in a video clearly indicative of marijuana use while Kiir, who is underage, appears to be drinking out of a Fat Tuesday daiquiri cup, probably doesn’t help their cause. Not to mention the question whether any of the student-athletes involved may have been paid for appearing in the video, which would raise the specter of NCAA violations since the use of one’s name or likeness in a professional context – trading on local or national fame in order to make money – could render a student-athlete ineligible. If this appearance wasn’t checked out with LSU in advance, a freakout by the coach would make perfect sense.

Given that Sims, Alexander and Kiir were in trouble over the summer for shooting paintballs at passersby on campus, this is an infraction the coach wasn’t going to let go.

What’s really amazing about all this is Wade is in the process of bringing in possibly the best recruiting class in the history of LSU basketball, something which creates a good deal of momentum around a program which is a very pedestrian 12-8 and 3-5 in the SEC with a brutal stretch of games coming up with the talent currently on the team. You would think given that set of facts, the current players would be hard-set on minding their P’s and Q’s to stay in the new coach’s good graces, especially since he already showed over the previous offseason he’s not shy about moving current players off the roster in search of his own people. Sims was a holdover from the previous staff, while Rachal and Alexander were signed by that staff. Kiir is a Wade recruit; he brought the 6-9 freshman with him from VCU, where he’d signed him in November of 2016, but he’s been in Wade’s doghouse this season.

In other words, with better players coming and LSU sitting at a full 13 scholarship for next year, not to mention growing interest in the program and the signing class he’s building, Wade could be excused for thinking every reserve player he changes out from this year’s team gives him the potential for a talent upgrade.

His players ought to know that. It doesn’t look like some of them do, which led to the suspended players in yesterday’s announcement. Wade, whose demeanor of late indicates that he doesn’t quite believe his team has enough talent to compete at a high level and seems more interested in building for the future, likely isn’t all that upset at the prospect of more scholarships with which to recruit for next year.