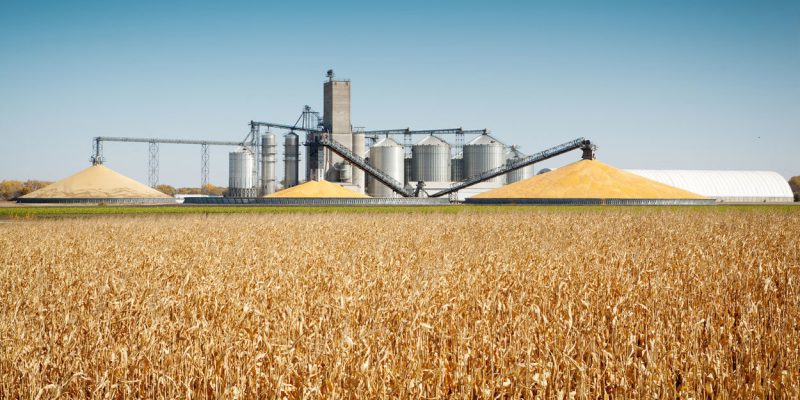 The ethanol industry recently held its annual convention in Texas, which led to sparks in the political arena and Texas Senator Ted Cruz on the defensive. Described by the Washington Times as “public enemy No. 1 for the ethanol industry,” Sen. Cruz, got into a heated exchange with ethanol leaders.

Bob Dinneen, president of the Renewable Fuels Association, criticized Sen. Cruz in an op-ed published by the San Antonio Express-News:

Cruz needs to stop scapegoating the RFS because a few refiners don’t like the program. Renewable fuels like ethanol are not the enemy. Indeed, renewable fuels hold the key to a more sustainable energy future that will provide consumers with both choice and savings at the pump.

Sen. Cruz is one of the industry’s leading opponents because he opposes a federal ethanol mandate. Otherwise known as ‘RFS’, it requires refineries to blend ethanol with gasoline. Cruz wants to reform the mandate, arguing that it has caused a devastating blow to the oil and gas industry, causing some refineries to face bankruptcy.

In Washington, Cruz held up federal nominees because of his opposition to the federal biofuels mandate. He maintains that he will continue to hold up a federal Agriculture Department nominee, Iowa Secretary of Agriculture Bill Northey, until the federal ethanol mandate is reformed.

Cruz argued on the Senate floor:

I am elected, like each of the members of this body, to represent my constituents. In this case, 28 million Texans, and seeing hundreds of thousands of blue-collar workers driven out of business because of a broken regulatory system makes no sense. Mr. Northey would have been confirmed long ago had the lobbyists for the ethanol industry been willing to come to the table and reach a commonsense solution that would have resulted in more money for their industry, more ethanol, more corn. But their position is they are not interested in a win because their position has been they’re not willing to talk.

Texas and Iowa have been at odds over the RFS because Iowa, not Texas, benefits from the mandate. More corn is grown in Iowa than any other state.

Fellow Republican and colleague, Sen. Chuck Grassley, found himself arguing against Cruz on the Senate floor. One of the ethanol industry’s biggest advocates, Grassley stated:

There is a manufactured and baseless rumor that the RFS has caused an oil refinery in Pennsylvania to file for bankruptcy. This example has been cited repeatedly as a justification for forcing RFS supporters to agree to sudden and drastic changes in how the RFS was designed.

The crux of the problem is the high cost of Renewable Identification Numbers (RIN) “credits” needed by smaller refineries to blend the ethanol with the gasoline. RINs are assigned to every gallon of blended gasoline. Most smaller refineries don’t have the capacity to blend the fuel and are forced to buy RIN credits from larger ones. Supply and demand has caused the price of the credits to skyrocket.

Many argue that the more ethanol is introduced, the more RINs, the lower the prices. And, Texas grows corn. Agriculture, grain and livestock are central to Texas’ economy. Reforming RFS could save oil refineries money and support corn growers at the same time.

But the conservative think tank, the Heritage Foundation, argues reform won’t work. Only repealing RFS will benefit everyone. In a recent report, it writes:

the mandate has been an economic and environmental boondoggle.

The 2012 drought, the failure of cellulosic ethanol, and a requirement for refiners to blend more corn-based ethanol than may be needed highlight only some of the problems with the mandate. Despite many calls to reform or temporarily waive the ethanol mandate, the only appropriate reform that protects American families from artificially higher food and energy prices is to repeal the Renewable Fuel Standard.

The Energy Policy Act of 2005 was first introduced under the former Texas governor and president, George W. Bush. Two years later, the 2007 Energy Independence and Security Act increased the quotas of the original mandate. By 2022, the law requires there to be 15 billion gallons of corn-based ethanol and 21 billion gallons of non-corn biofuels held in America’s fuel supply.

Heritage argues that, “RFS mandates a market for corn farmers and biofuel producers, gives preferential treatment to the production of corn and soybeans, and artificially eliminates the risk and competition necessary for a healthy and growing economy.”

Preferential treatment doesn’t bolster competition or free enterprise. But it does lend to a heated debate between two of the largest industries in the world about the future of America’s fuel.