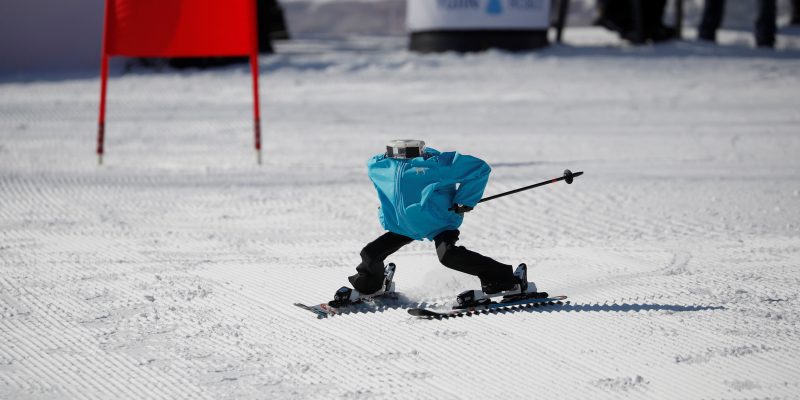 Monday there was another athletic competition held just south of Pyeongchang, but it wasn’t the 2018 Olympics, it was an invasion of robots.

Called the “Edge of Robot: Ski Robot Challenge,” eight robotics teams competed for a prize of $10,000 at South Korea’s Welli Hilli ski resort. According to Reuters, this competition was created to promote South Korea’s innovative work in the field of robotic technology.

​One of the organizers of the event, Kim Dong-uk, told Reuters,

I think in the future, robots will have their own Winter Games on the sidelines of the Olympics held by humans.

Competition requirements mandated that the robotic skiiers had to be taller than 50 centimeters, able to stand on two legs, have joints that resembled knees and elbows, an independent power system, and be able to ski. The robots had to evidence that they could move their skis and poles and maneuver on the snow. In order to detect the flags and move throughout the course, the robots were equipped with camera sensors.

Some of the robots had wintery names like “Robot Rudolph”: 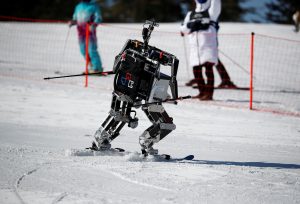 The winner of the event went to the smallest robot, Taekwon V. It won the gold for completing the course the fastest and without touching the flag poles. It wasn’t easy to avoid the poles, as the video shows. But Taekwon V, after much practice reached the finish line without incident.

The video shows the view from the perspective of the robot, using green, red, and blue markers to detect markers along the route and flags to avoid.