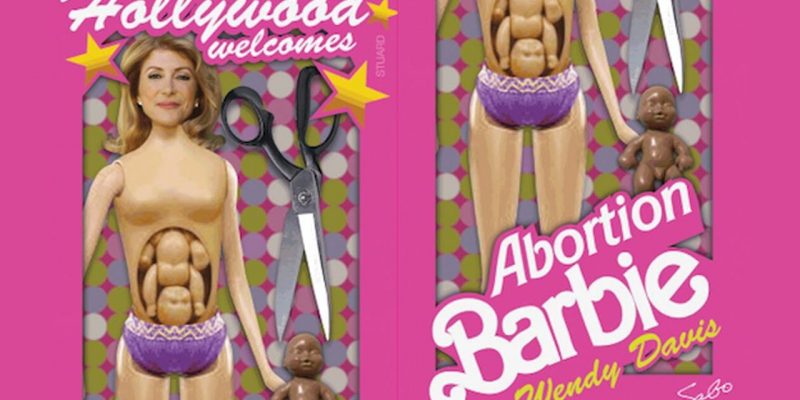 The actress Sandra Bullock was cast in the lead role. According to Variety,

The role seems right up Bullock’s alley and could be another awards play for the star who won her first Oscar for playing Leigh Anne Tuohy in the real-life story “The Blind Side.” She just wrapped production on Warner Bros.’ “Ocean’s Eleven” spinoff, “Ocean’s Eight,” and is about start filming on the Netflix movie “Bird Box.”

In a speech the Lt. Governor gave to Texas Public Policy Foundation, he vowed,

According to the Statesman, Patrick said that he received a copy of the script for  but has not read it. He was told that he is portrayed as swearing when he criticized Davis, a characterization he denies. He said, “I’m a long way from being a perfect person … but I don’t curse.”

Davis, who became known as “Abortion Barbie,” filibustered wearing pink sneakers and a urinary catheter. The then-Texas Gov. Rick Perry called a special legislative session after her filibuster pushed the state Senate into recess. The Senate passed the bill, which Perry signed into law.

In 2014, Davis ran for governor and lost by 20 percentage points to Governor Greg Abbott.

Breitbart News points out the duplicity of Davis.

In February 2014 – just half a year after her famous filibuster – Davis told the Dallas Morning News she now supported bans on abortion after 20 weeks. The news was not a complete shock, since several months earlier Davis had also described herself as “pro-life.”

In May 2015, Davis was asked at a Planned Parenthood fundraiser why it was acceptable to abort a seven-pound baby.

She was a mother who abandoned her daughters. It was never a good time for Davis to be a mom.

In 2005, Davis gave up custody of both her children with her second husband, Jeffry Davis, but also her older child from her first marriage to Frank Underwood.

Davis used her husband to pay for school.

Dallas Morning Newsreported in January 2014 that Davis left Jeffry the day after he finished paying for her education.

In 2014, Davis “admitted she lied about important life events, including her divorce.”

She was for gun rights before she was against them.

In 2015, Davis “admitted she was faking her support for gun rights to obtain votes in her gubernatorial bid.”

The question remains– will the film portray Davis for who she really is? Or will it promote the fallacy that she cares about women, including her daughters whom she abandoned? Will Bullock don a blonde wig and win an award for dressing like a Barbie doll who leaves her daughters and uses her husband?

It seems unfair to Barbie dolls, who’ve never been portrayed as having such selfish and harmful behavior.