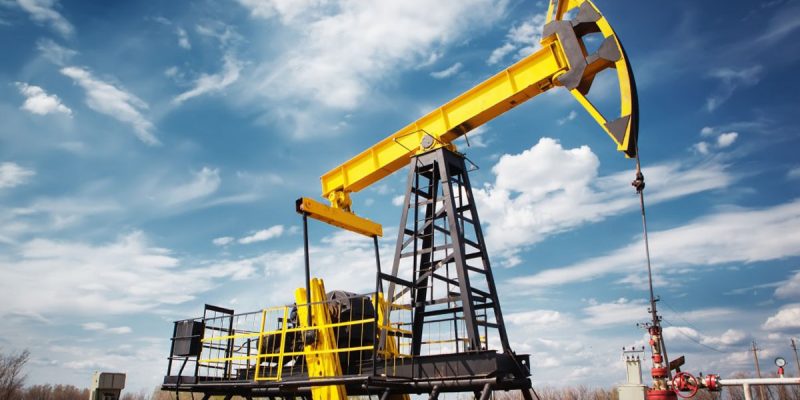 On Friday I published a piece at The American Spectator on The Triumph Of American Oil, noting that oil production in the U.S. has risen to such great heights that by year’s end this country might well be the largest oil supplier on the planet…

This year it’s projected the United States will produce more oil than ever. We’re likely, by the year’s end, to be churning out more than 10 million barrels a day (the Energy Department thinks it’ll be as much as 11 million barrels a day) — which could put us in a position to surpass the Saudis as the second-largest oil producer on earth. The Russians still lead the world, for now, in that number, at about 10.9 million barrels a day.

Which is why Venezuela, which is in a state of abject economic collapse, can crater its state-owned oil company’s production through corruption and incompetence — the Venezuelans have imploded their production from three million barrels a day to 1.8 million — without the world oil market suffering price shocks.

That’s a huge, huge change from what you thought you knew about the oil industry. If you grew up in the 1970s or before and remember gas lines across the country, or if you remember the national flirtation with burning corn for automotive fuel during the runup in energy prices toward the end of the second Bush administration, then you’re conditioned to worry about war in the Middle East and what it will do to you at the pump. The new reality is that America is flexing its muscles in the oil market and soaking up market share, and what’s happening in the Arab world is less and less important than in our lifetimes.

The rout of the international competition that the American oil industry has conducted in the last couple of years, which has built over the past 12-15 years of technological improvements making shale and hydraulic fracturing the new standard in oil production, is the greatest economic story of the new century. It’s a miracle.

But people in Louisiana, which heretofore had been recognized as America’s most pronounced energy state, aren’t seeing it.

On Thursday, during the panel discussion segment at LABI’s annual meeting, economist Loren C. Scott went through a number of highly-educational PowerPoint slides to demonstrate some reasons why (1) Louisiana’s state budget situation is as daunting as it is and (2) why so much of the state is unconditional in its refusal to accept any more taxes. Scott points to the economic death of Louisiana’s oil patch as the primary reasons, and he has facts to back him up.

Three of the state’s markets – Lafayette, Houma/Thibodaux and Shreveport – are the most heavily dependent on oil and gas in order to drive employment and economic activity. Those markets are in nightmarish shape. 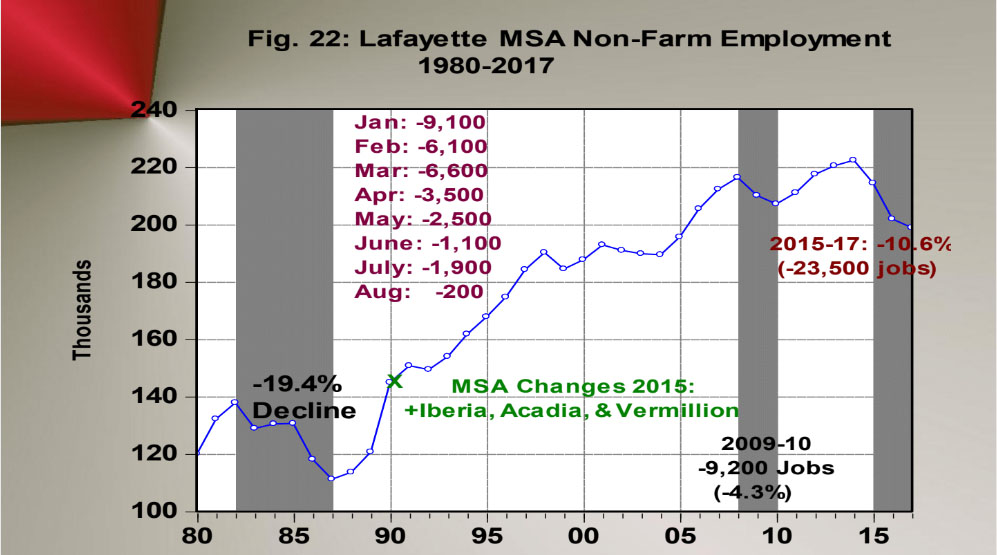 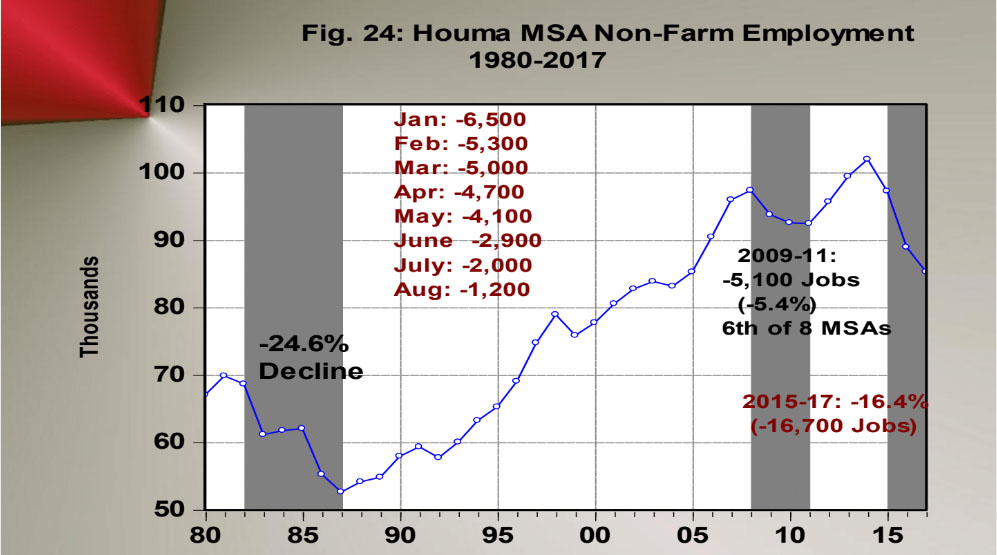 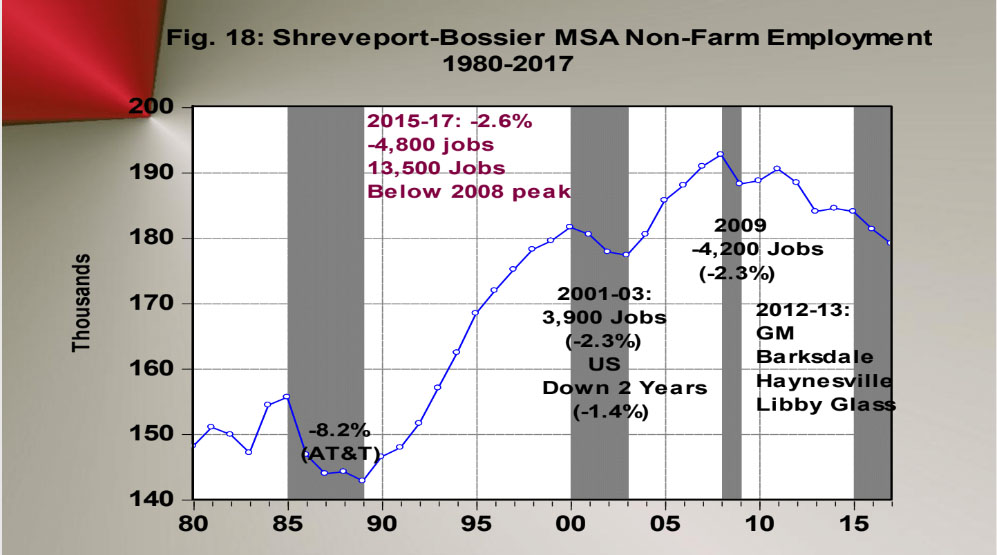 We are not benefiting from the major economic boom of our time. We are on the sidelines when our state’s leading industry is killing the international competition and becoming the world leader.

And this is not about the fact the Haynesville Shale is a “dry” play, containing natural gas without oil. Louisiana sits on a bed of shale. Virtually every part of the state is atop what could be a major shale play. Here’s a map… 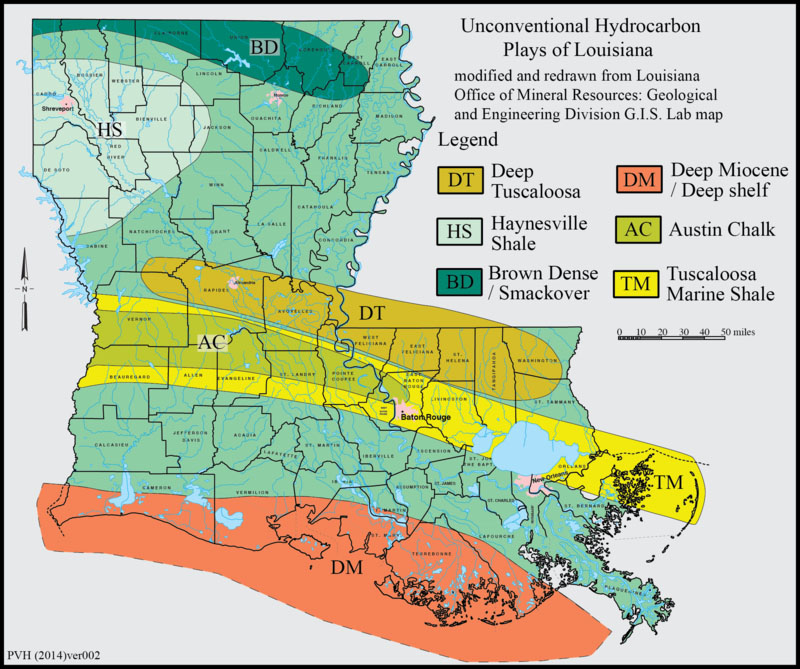 So if U.S. oil production is going to hit 11 million barrels a day this year, as the Department of Energy has projected, there ought to be wells drilled from Oil City to Fourchon as Louisiana’s energy industry gets rolling with a vengeance – and those employment numbers in Lafayette, Houma and Shreveport should be on a hard spike.

We all know why. Don Briggs has been screaming about it in these pages for months.

You can’t sue every oil company doing business in the state for damage to your coastline arising out of activity you supplied permits for, after the legal theory behind those suits has already been thrown out of federal court, and not suffer economic consequences to it.

And you can’t have the most permissive structure to “legacy lawsuits,” in which oil companies are sued for environmental damage to land formerly drilled on and hit with judgements of more than the land is even worth, if you expect those oil companies to do business in your state in the future.

Louisiana has both problems, and the governor of the state is actively working to make them worse. John Bel Edwards set up a cabal of trial lawyers to push those coastal lawsuits – 43 of them in state court so far – and it’s run by Taylor Townsend, the head of his political action committee. One of the cabal is John Carmouche, the legacy-lawsuit king who pumped more than a million dollars into a Super PAC which had a large hand in making Edwards governor.

It wasn’t a surprise that Edwards’ actions and those of his trial lawyer pals would carry negative consequences with them. That was entirely predictable.

What’s new is that the predictions have come true. The oil and gas industry is exploding, and bringing untold riches with it, everywhere but here.

Louisiana should be sharing in the prosperity. Wells and jobs should be springing up everywhere. They aren’t, and it’s our leadership which is the reason why.

Let’s hope that either Edwards and his cabal get out of the way and stop killing the oil industry, or that the voters blow him right out of the governor’s mansion next year. This state badly needs those jobs to return.

Interested in more news from Louisiana? We've got you covered! See More Louisiana News
Previous Article Yes, We Will Have A Special Session, And Yes, JBE Will Demand More Taxes For The Same Lousy Government
Next Article “A Louisiana Checkbook? We Can’t Do That!”