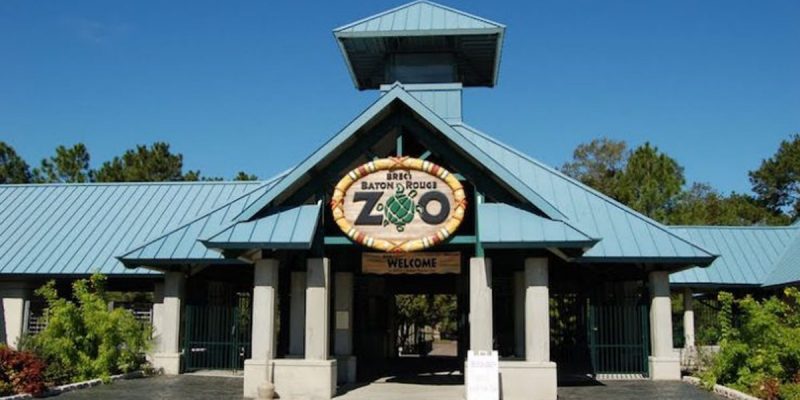 After almost 3 hours of public discussion for and against the proposal to relocate the Baton Rouge Zoo, the BREC board voted unanimously to keep it in its current location.

As consultants spoke about their findings supporting a move for the zoo, those against held signs behind the podium.

Signs read “Don’t move the zoo from its perfect location.”

The BREC board was considering moving the zoo from North Baton Rouge to the fairgrounds off Airline Highway near the Ascension Parish line. The meeting, scheduled for 5 p.m. Thursday, was packed with people. The vote came just before 8:30 p.m.

Government can be counted on to do the stupidest possible thing.

So naturally, the decision is made to leave the zoo where it is. And to continue to lose that million dollars a year.

Why? For lots of reasons, including that Gary Chambers showed up at the meeting and claimed the zoo as a $100 million asset which belongs to black people in Baton Rouge. Not all people in Baton Rouge – black people. Because it’s in North Baton Rouge which is predominantly black. Once that unassailable logic was presented to the board, there was zero chance the actual business analysis done by the people charged with running the zoo in an effort to break even would hold sway.

Because this is a government agency. And government doesn’t do intelligent things.

The next step in this Road To Idiocracy is a fresh tax levy so as to spend $100 million or more to upgrade the zoo in the worst part of town where no one wants to go, so it can lose the same million dollars a year PLUS the debt service on the bond, which will surely be paid for with a tax increase.

But that will come later. For tonight, just know that Gary Chambers’ position is the one which held sway with a commission representing the citizens of Baton Rouge, and the position informed by business analysis of the zoo’s best option was not.

But this is fine.

Don’t move the zoo. Leave it where it is. Let it die. Take the money you’re spending on the zoo and give free rides and tickets once a week down to the Audubon Zoo in New Orleans to whoever wants to go.

Because if Gary Chambers is claiming that the zoo belongs to black people in Baton Rouge, and he sure as hell isn’t suggesting black people are going to be the ones who fund the zoo – because he absolutely never puts anything like that on the table – then there is no point in playing the sucker for him.

Now – we obviously don’t believe Gary Chambers speaks for the black community in this town. We have faith that most black people in Baton Rouge are disgusted and humiliated by him.

The problem is, we don’t see anybody vocally calling him out for the incendiary racist demagogue that he is, and because of that there is nobody standing in the way of him tearing the whole community apart. What we know is there is no apparent sanction when Gary Chambers made the most racially incendiary and moronic comments he possibly can in such public meetings, and that he and people like him – to include Baton Rouge mayor-president Sharon Weston Broome, who also made accusations of racism, though veiled, against those suggesting moving the zoo to a more economic location – commonly win the day in such discussions.

There is nothing at all holding this community together. Economic reality can’t even create consensus here.

Think about what happened here. A political movement of people who are neither customers nor supporters of the zoo prevented the management and supporters of it from making a decision in its best interest, and that of the governing body charged with paying for its upkeep. So the zoo is held hostage by people who don’t patronize it, don’t support it and don’t help it succeed.

Reality can’t hold us together, and reality will inevitably tear us apart. Thank Gary Chambers and Sharon Weston Broome for that, while others are blaming the St. George folks for it.

So if we’re going to be torn apart, then let it be cheaper for us to be torn apart. Let’s close the zoo, find the animals nicer places to live at better zoos, and save the money.

Maybe the giraffes can be hired out to the local tree trimmers. Maybe the alligators can bunk with Gary Chambers. So long as we’re not asked to pay any more for the zoo to lose money, we’re fine with it.

We’re past thinking the public sector in Baton Rouge is capable of smart decisions. Nothing about tonight’s festivities was a surprise.

Interested in more news from Louisiana? We've got you covered! See More Louisiana News
Previous Article Trudy White Is Seeking A Transfer, But I’ve Got A Better Idea…
Next Article BRIGGS: A New Pair Of Gloves