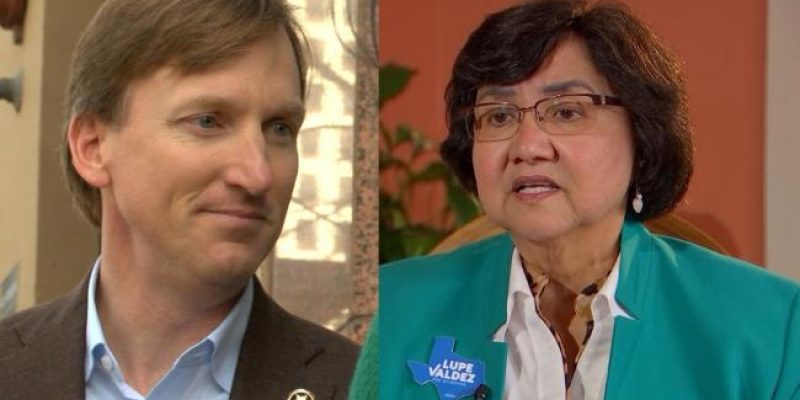 There was a lot of talk this past week about Democrats turning Texas blue, and that didn’t happen, and isn’t likely to happen, even with the number of primary voters that came out to vote on March 6.

Republicans overwhelmingly voted for Greg Abbott for Governor; he received 90.4 percent of the vote. But the Democratic primary race for governor is an interesting one.

Among the candidates, Democrats primarily voted for Dallas Sheriff Lupe Valdez, who is an open borders and sanctuary cities advocate and publicly advocates not complying with the federal law on illegal immigration. Because she did not receive 50 percent of the vote, Texas Democrats will have to vote in a run-off election in six weeks.

I can’t understand when a human life actually begins.  It’s a mystery known only to God, and, as such my faith tells me to protect the beginning of life.

After I pointed out this statement in an email to a friend of his, his campaign changed the language on its site. It now states,

I support Roe v Wade. I believe women have the right to make their own medical decisions without interference from the government. In my personal life, I accept that life begins at conception.

However, White doesn’t clarify how a woman’s body is different from a baby’s body inside of her, and that women’s health and human rights are not mutually exclusive from a baby’s right to life. Women, and actually everyone, already has government interference when it comes to making medical decisions. The government regulates what doctors patients can go to, how much they should or shouldn’t pay, how much doctors should be paid or not paid for providing services, what services they can perform or cannot, what medicines people can have access to, and a range of regulations related to getting birth and death certificates. The list of government interference in medical decisions is endless. The government already outlaws murder, which Democrats selectively choose to support.

A member of a PCA church who maintains his position on abortion, about which the Bible clearly opposes, requires mental gymnastics. Certainly no one who submits to the authority of the Bible can honestly argue that killing a child is permissible under any circumstance. The Israelites in Egypt, and later in pre-Islamic Arabia, were known as one of the only people who did not kill their children before they were born, or after they were born if the baby was a girl. In fact, Mosaic Law required the death penalty for murder of a pregnant woman, citing it as murder of two people, not one. (Muslims don’t support abortion either, it’s important to note.) 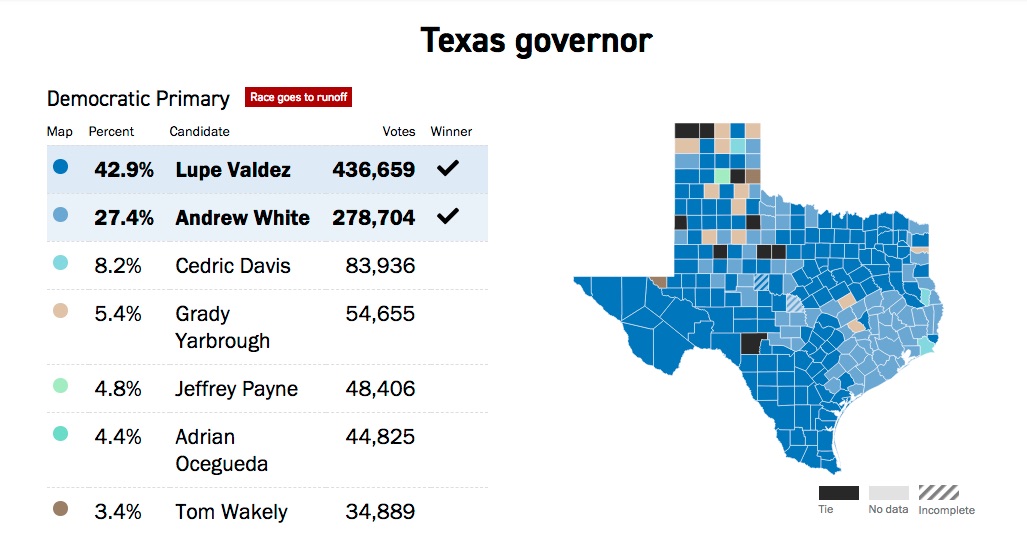 Unfortunately the choices Democrats have for a gubernatorial candidate are equally bad. Both support and oppose laws that reject the intended purpose of the law: to protect U.S. citizens and create human flourishing.

Fortunately, Republicans will come out to vote in November as they did on Tuesday, and whoever wins the run-off will be defeated by Greg Abbott. Regardless of one’s opinions about Abbott, he’s a lot better than these two farces.

Interested in more news from Texas? We've got you covered! See More Texas News
Previous Article BATISTE: Mitch’s Grand Plan Is Only Self Serving
Next Article The Most Bizarre Press Release We’ve Ever Seen Screams About ICE Following The Law…