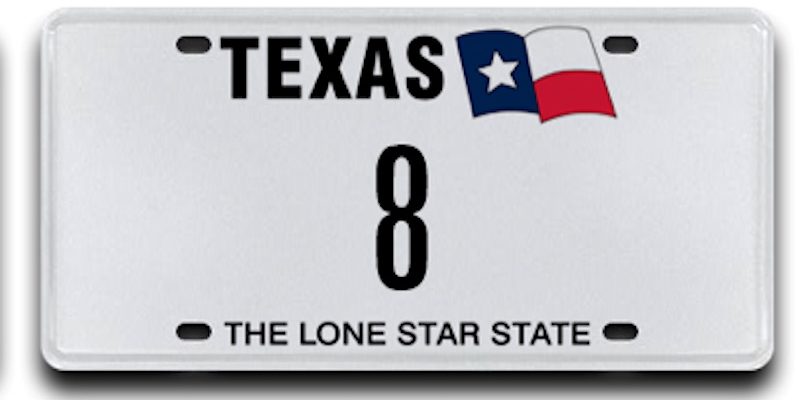 The second most expensive license plate in Texas was just bought for $34,500.

Yep, someone had more than $35 grand to spend on a license plate, including taxes and fees– all for the lucky number “8.”

There is only Texas license plate with the number 8, which is why it fetched such a high price at auction.

Texas uses a vendor, MyPlates.com to market and sell specialty and personalized license plates. Its most recent auction resulted in $78,000 in sales, with $46,728 going to the states’ general fund.

Texas license “3” sold for $33,000, making it the third most expensive license plate sold in Texas.

The only single letter plate being offered at auction this year is “J,” for $10,500.

“My Plates” are available through the Texas Department of Motor Vehicles. Texans have purchased more than 345,000 My Plates since November 2009, the equivalent of over $62 million. The money goes directly to the state’s general revenue fund.

Specialty plates can have names, acronyms, or animals and personalized in many ways:

Possibly the best license plate I’ve ever seen. Who knew this was a thing?

I looked it up and it is part of the Texas “Mighty Fine Burger” personalized license plate series. Interesting… pic.twitter.com/105vNRWZzZ 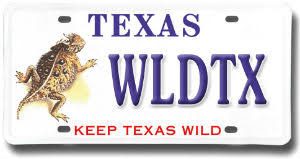 Plate owners can sell or gift their license number to someone else and its rights are transferable. Being able to transfer a license number to a family member or friend makes the license plate a financial investment. Once someone wins their bid for a plate at auction, they own the right to it for five years. After five years they have first rights of refusal to renew the plate at the state’s registration rate.