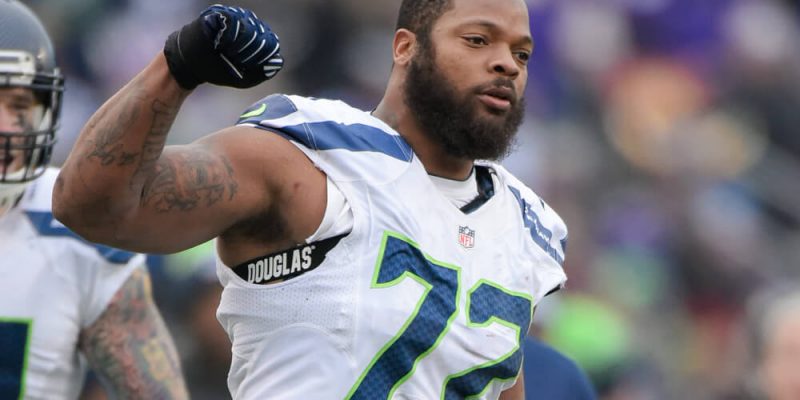 A Harris County grand jury indicted Philadelphia Eagles defensive end Michael Bennett on Friday on the felony charge of injury of the elderly. He allegedly injured a 66-year-old paraplegic woman in a wheelchair who was working security at Houston’s NRG Stadium when Bennett’s brother, Martellus Bennett a tight end for the Patriots, won Super Bowl LI.

The same day the indictment was announced Martellus tweeted that he’s “moving on from the world of football.”

I’ve decided to move on from the world of football and into the fantastical and wondrous world of creativity. I’m beginning what I believe to be my life’s work @ImaginationAgcy pic.twitter.com/7asa7ARXZX

The charge includes intentionally and knowingly causing bodily injury to a person 65-years-old or older. It carries a $10,000 fine and up to ten years in prison.

Michael allegedly pushed his way onto the field after the Patriots won the Superbowl so that he could celebrate with his brother. According the police report, detectives heard conflicting stories about whether or not Michael had credentials. A paraplegic security staff woman who was working by the door got shoved by Bennett and claimed that he sprained her shoulder. He also made some foul comments to a police officer nearby, which Houston Police Chief Art Acevedo quotes in his public statement.

Of the indictment, Acevedo said,

I’m grateful that a guy who decides to push a 66-year-old black female paraplegic little old woman that’s trying to make a living making a fraction of what he’s making not only did they have to put up with his verbal abuse but had to put up with his physical assault.

Here’s a question for NRG Stadium: Who made the genius decision to hire an elderly paraplegic woman in a wheelchair as security personnel? Why not hire her to sell popcorn– or tickets or t-shirts? Why put her in a job that she physically can’t perform?

Michael Bennett was just signed by the Eagles. The team issued a statement about Bennett after the indictment was announced:

Eagles Statement on Michael Bennett: We are aware of the situation involving Michael Bennett and are in the process of gathering more information. Because this is an ongoing legal matter, we will have no further comment at this time.