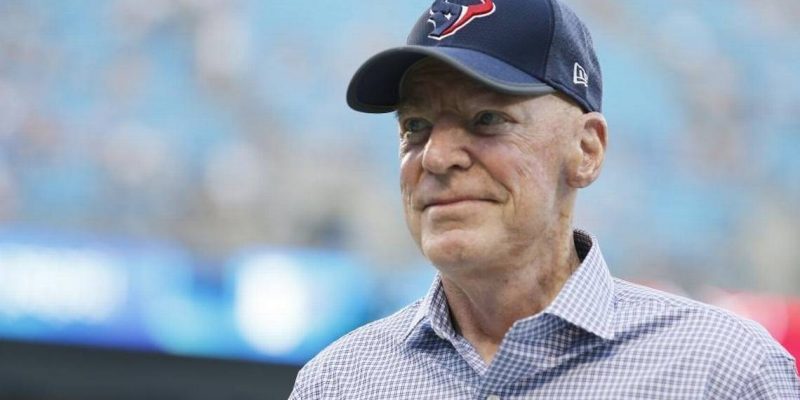 NFL team owners met this week for their annual meeting in Orlando, where Houston Texans owner Bob McNair stood firm on his position against NFL players protesting during pregame playing of the national anthem.

Mark Maske of the Washington Post reported that McNair said,

I think we all need to respect our flag and respect our country. I think we’ll figure out a way to make sure that we do that.

McNair’s position is not surprising or new. Several weeks earlier two NFL agents and The Houston Chronicle reported the Houston Texans team was not interested in hiring free agents who won’t stand during the National Anthem.

And, Texans owner Bob McNair is one of three NFL owners listed in a suit filed against the NFL by Colin Kaepernick, who alleges these owners “colluded” to keep him out of the league.

McNair argues that he’s holding this position primarily because of the fans who have expressed their disgust for players protesting the National Anthem. He added,

If you don’t have the fans, you’re dead. So we’ve got to pay attention to them and make sure that they know we respect the flag. We respect our service people. We love our country. I mean, this is where we’ve all had our opportunity.

Regardless, it doesn’t look like Kaepernick would be getting hired by the Texans any time soon.