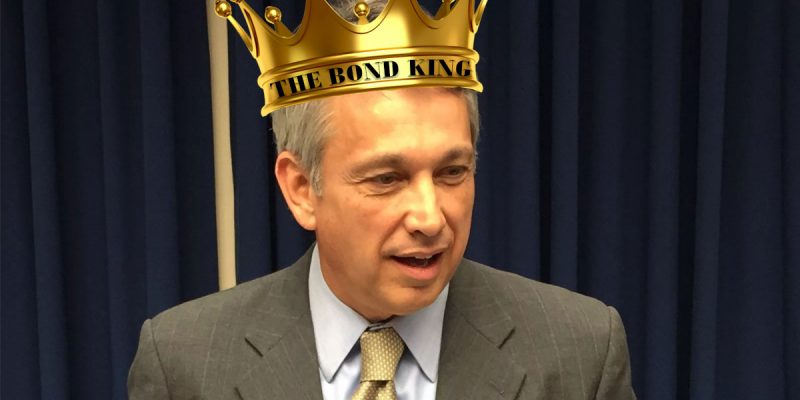 Sen. Eric LaFleur is a Democrat from Ville Platte, and he’s a name you constantly hear as a possibility for a statewide race in 2019; he’s termed out of office in January of 2020. As such, one would expect that LaFleur would be active in the current legislative session as the author of bills that get his name in the newspapers and build a brand in advance of next year.

There is such a bill, as it turns out. It’s a rather novel idea, and one which puts LaFleur in the middle of an age-old debate in booze-friendly Louisiana…

LaFleur’s Senate Bill 429 would allow 19- and 20-year-olds to purchase and consume alcohol if they are holders of a special certificate.

The senator told The Daily Advertiser it’s common knowledge that most people drink before they turn 21 and probably always will. His bill, he said, aims to make drinking safer and encourage young adults to consume alcohol in public spaces, where their activity can be more easily monitored and regulated.

Underage drinking most frequently occurs either in private spaces – like house parties – or in bars where patrons under 21 rely on other people to buy them drinks, which LaFleur says can also be dangerous.

SB 429 would require 19 and 20-year-olds to take an alcohol education course to learn about the risks of drinking. After completing the course, the participants would receive a Louisiana Alcohol Consumption Certificate, which would allow them to legally drink in the state.

The bill was scheduled to go to committee Tuesday (March 20), but LaFleur deferred it for one more week before it was discussed. LaFleur told The Daily Advertiser he plans on adding an amendment to the bill that would require parental permission to take the course.

Obviously that isn’t going to pass, but it should at least generate the usual conversation about how dumb it is that you can join the Marines and get your head shot off for your country but you can’t have a beer in a bar. And that’s a decent conversation to have, even though some of us might note that affording more license to engage in irresponsible behavior for a generation which is busily eating Tide Pods as a dare, so much so that Tide is now running TV commercials begging them not to, might not quite be a move to fit the times we live in.

Regardless of the interesting debate, it’s not a sure thing that LaFleur’s drinking-license bill is the kind of ticket to a successful run for Secretary of State or Treasurer next year it might have been made out to be.

But LaFleur is running with another bill which has some insiders at the state capitol irritated – and not because it’s an indication he wouldn’t be running for anything at all next year.

Here’s what you might not know about Eric LaFleur. He’s a partner in the law firm of Mahtook & LaFleur, which has offices in Lafayette, Ville Platte and New Orleans and does all kinds of legal work – but most significantly for the purposes of this discussion is this…

The firm’s practice also includes secured transactions, both private and commercial in nature, and public finance including all items related to municipal bond issuance.  MAHTOOK AND LAFLEUR is one of the few firms in Acadiana and Louisiana devoted to this important practice area.

Got that? They’re bond attorneys.

Now, we call your attention to SB 426. Which amounts to 35 pages of what reads like washing machine instructions. It’s full of particulars with changes to the rules about issuing municipal bonds, the vast majority of which almost nobody in Louisiana understands.

It’s the kind of thing a bond attorney who’s looking to rig the state law on bond issuance such that his firm collects tons of new clients because nobody else understands the new bond laws would do.

In other words, LaFleur isn’t stepping up his political career with a run for statewide office and that’s why he’s bringing the lowbrow underage drinking license bill. He’s working to cash in that legislative career to make a killing in his day job. If you’re a municipality needing to issue a bond, you’re more or less going to have to hire LaFleur’s firm – they’ll have written the bond laws, after all.

And here’s a fun little provision on Page 14…

Title 42, Section 263 of the Louisiana Revised Statutes essentially puts the Attorney General’s office in charge of approving or denying legal contracts by local governments, so should this bill pass there would be nobody in a position to exercise oversight on who the bond attorneys working on these deals might be.

And LaFleur’s bond bill sailed through the Senate Committee on Revenue and Fiscal Affairs last week. It’s on the floor of the Senate today, where it will pass easily.

Then it will go to the House, where LaFleur was hoping there would be no attention whatsoever paid to it. Because after all, the bill he’s running about drinking licenses for 19-year olds is the one everybody’s talking about.

This, in case you’re not clear, is how these guys make serving in the state legislature pay off.

Interested in more news from Louisiana? We've got you covered! See More Louisiana News
Previous Article VIDEO: Dardenne Responds To The House Republicans’ Budget Solutions, And What He Says Is Gibberish
Next Article Trudy White Is Seeking A Transfer, But I’ve Got A Better Idea…