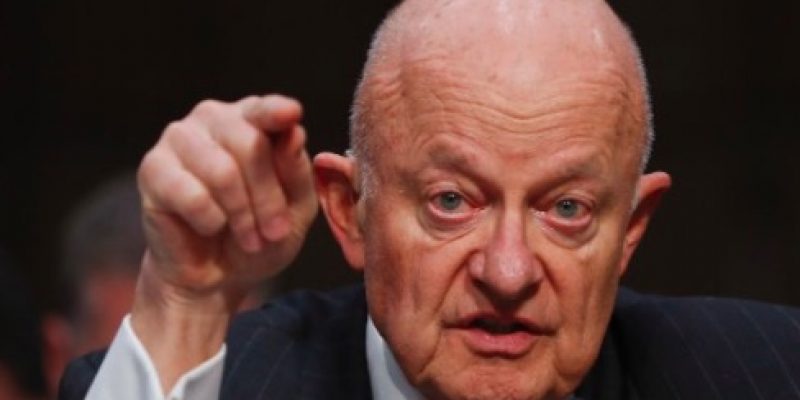 According to Edward Snowden, a brilliant intelligence analyst and NSA (National Security Agency) contractor and patriot, watching the National Intelligence Director James Clapper lie under oath was the final straw that broke the camel’s back. It was then that he realized that the American people needed to know that Barack Obama authorized the illegal spying of law-abiding American citizens and he had to do something about it.

Snowden said in an interview,

“I would say the breaking point was seeing the Director of National Intelligence, James Clapper, directly lie under oath to Congress. There’s no saving an intelligence community that believes it can lie to the public and the legislators who need to be able to trust it and regulate its actions. Seeing that really meant for me that there was no going back. Beyond that, it was the creeping realization that no one else was going to do this. The public had a right to know about these programs. The public had a right to know that which the government is doing in its name, and that which the government is doing against the public.”

Unfortunately, after leaking “classified information” Barack Obama tried to imprison Snowden for being a “traitor.”  Snowden fled to Russia, where he is living free from extradition to the U.S.

Snowden was right– and the U.S. House Committee on Intelligence released a report exposing Clapper as a “lying machine.”

From House Intel Report: “Former DNI James Clapper, now a CNN national security analyst, acknowledged discussing the dossier with CNN journalist Jake Tapper and admitted that he might have spoken with other journalists about the same topic.” Early Jan 2017 https://t.co/adtMqdRsVl pic.twitter.com/mG2y5BFpOr

One of the best movies ever directed by Academy Award®-winning director Oliver Stone, who brought Platoon, Born on the Fourth of July, Wall Street and JFK to the big screen, was the movie about Snowden named after him. Starring Joseph Gordon-Levitt and Shailene Woodley, the movie revealed Snowden’s personal story and how he exposed the Obama-era illegal surveillance policy of the NSA. Snowden became “one of the most wanted men in the world” and was considered a hero or a traitor depending on who was asked.

It turns out that he was right, and the only one who really believed him was the one person who had the most to lose: Barack Obama.