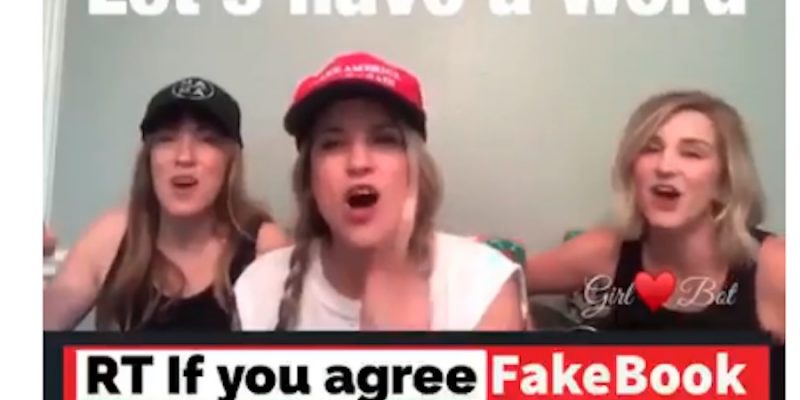 OK so white girls can’t really rap, but these MAGA fans get an “A” for effort. And their lyrics are pretty clever too.

In response to Texas Republican Senator Ted Cruz’s asking Facebook CEO Mark Zuckerberg if he believed Facebook was a “neutral platform” the Deplorable Choir made a video, which was posted online, and is going viral.

Across the bottom of the video it states: “Retweet if you agree Fakebook is not a neutral platform!”