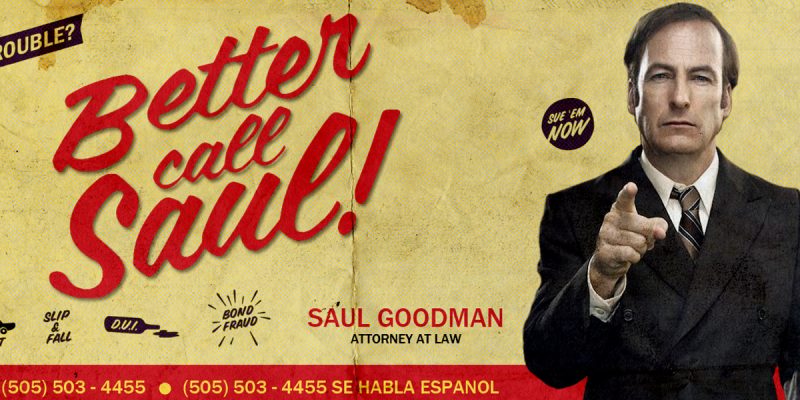 We have two items here we’re smashing together to make a point, and they both involve things you’ll probably consider and wonder how on earth they aren’t already law, and then you might consider them some more and figure “That’ll never pass. It makes too much sense.”

First is something here in Louisiana. You probably know this state’s auto insurance rates are the second-highest in the country, particularly if you live here and get your bill every month and wonder how in God’s name they can charge this much. And you might have an inkling as to the cause, particularly if you drive around and notice (1) the lousy quality of the roads, which makes avoiding accidents a little harder, (2) the inexplicable poor quality of some of the drivers you encounter and (3) that some 77.9 percent of the billboard ads along the road are taken up with ads from the Morris Barts and Gordon McKernans of the world quoting Bible verses about underdogs and plying people with impossible-to-forget phone numbers.

While Louisiana stands out with respect to some of those things, though, statistics show the state doesn’t actually have substantially more car wrecks than others. We have slightly more uninsured drivers than the national average (13 percent of drivers in Louisiana were uninsured in 2015, ranking us 20th; Florida was first with an incredible 26.7 percent), so that’s not really it.

What we do have, and it has to do with those billboards, is the highest incidence of personal injury claims arising from car wrecks of anyplace in the country. This state isn’t full of brittle-bones or marshmallows; Louisianans do some of the most physically demanding work there is (ask somebody who works offshore if you’re unsure about that). People file injury claims because they want to get paid after a car wreck.

And because they know they can get paid, thanks to a legal system that’s the worst in America.

What’s an obvious step toward fixing that? How about allowing defense lawyers in a personal injury case arising from a car wreck to introduce evidence that an injured plaintiff wasn’t wearing a seat belt at the time of the accident? We all know that not wearing a seat belt is probably the best way to insure you’re going to get hurt if you’re in a wreck, and you’d think Louisiana’s tort law would reflect that general understanding.

Does it? Let’s go ask a lawyer. From the web site of Gary P. Koederitz, attorney at law in Baton Rouge…

Many people believe that if they are in an automobile accident and they are injured, they have lost the right to make a claim if they were not wearing a seatbelt. Louisiana does require both the driver and all passengers to use seatbelts, and those who fail to do so can be fined. However, for anyone asserting a claim for injuries, medical expenses, or other damages arising out of a motor vehicle accident, the fact that the injured person may not have been using a seatbelt is usually not admissible in evidence in a civil suit in Louisiana. Louisiana Revised Statute 32:295.1E provides as follows:

We strongly believe that all drivers and their passengers should wear seatbelts at any time they are in a vehicle. However, if you are injured in an accident and you were not using your seatbelt when the accident happened, your claim against the at-fault (negligent) driver and his or her insurance company will not be reduced in value. If you have been involved in any type of trucking, automobile, motorcycle, or other motor vehicle accident, and you sustained injuries, please call Gary P. Koederitz, Koederitz Law Firm, at (225) 295-9494 for a free consultation.

If your reaction to this is, “Wait, what?” then you’re paying attention.

Here’s something else which is even more…aggressive. From the web site of Jon G. Bethune, attorney at law in New Orleans…

Against what anyone would recommend, some of us still forget to put on our seatbelts sometimes.   Some people don’t buckle up when running a quick errand, or just going around the corner.  Worse still, there are many drivers in Louisianawho get on the highway with no seatbelts on at all.  If you read the news regularly, you’ll often come across news of vehicular deaths in which some or all of the victims weren’t wearing seatbelts.  Since we know that not wearing a seatbelt is, to put it mildly, risky, how does it affect a victim in a personal injury lawsuit?

Are you any less a victim if you forgot to wear your seatbelt?

According to Louisiana law, simply put, no, you’re not.

There are lots of possible reasons that seatbelts aren’t a consideration in car accident cases in Louisiana.  After an accident, it’s nearly impossible to consider or contemplate all of the “what-ifs” if someone did or didn’t wear a seatbelt.  While it’s certainly better to wear one, the restriction of the seatbelt at the time of impact may actually cause an injury to the victim.

It’s like an episode of Better Call Saul in real life. That show really should have been set in Louisiana.

So this year there’s a bill, SB 382 by Sen. Sharon Hewitt, which would change this stupid provision in the state’s civil law. And naturally, last week in the trial lawyer-friendly Louisiana Senate, after it sailed out of the Senate’s Committee on Transportation, Highways and Public Works, the bill was up for a floor vote. Did it get one? Nope – it got shunted off to the Senate’s Judiciary A committee where it faces an uncertain fate.

The chairman, vice-chairman and five of the seven members of Judiciary A are trial lawyers. Think that bill will make it through Judiciary A?

Are things better at the federal level? Maybe. But if you’ve spent time recently watching network TV you’ve probably noticed they’re still hammering away at you with mesothelioma and asbestos lawsuit ads. Asbestos lawsuits are among the most lucrative cases in the history of the legal profession and they’ll go on until everybody who’s ever been around asbestos in a work environment or otherwise is dead and gone.

But how those cases are handled is a fairly crooked process. To wit, under current law, filing fraudulent trust claims is not considered bankruptcy fraud. And unlike businesses and insurance companies, asbestos trusts do not report their payments to Medicare beneficiaries to the Centers for Medicare and Medicaid Services (CMS). And because of that, trial lawyers can charge massive fees without ensuring their clients reimburse government health programs that paid for related medical care. CBO estimates this costs us $40-60 million a year.

Yes, your tax dollars essentially subsidize $40-60 million a year in legal fees for those asbestos lawyers.

There’s a bill in the Senate, called the PROTECT Act, that was filed last month by Thom Tillis (R-North Carolina), Chuck Grassley (R-Iowa) and John Cornyn (R-Texas) which would make filing fraudulent trust claims a crime punishable by up to five years imprisonment. It would also require asbestos trust funds to disclose information on past and current claims to parties litigating asbestos-related issues in courts. Blowing up the secrecy behind that information will discourage a good deal of fraud endemic to the system, and make for a more honest and better tort climate.

Will it pass? Not without a major fight. The asbestos lawyers are gearing up big-time to kill it, and by this summer it’s going to be a war. We might be a little more optimistic about this one than Hewitt’s Louisiana seat belt bill, but right now it’s the trial lawyers who own the legislature.

Those billboards and TV ads have more power than you think, after all.

Interested in more national news? We've got you covered! See More National News
Previous Article Former House Speaker Boehner Now For Marijuana Legalization To Help Veterans & Fight Opioids
Next Article The Deplorable Choir Has a Song for Fakebook and you’ve got to watch it [video]