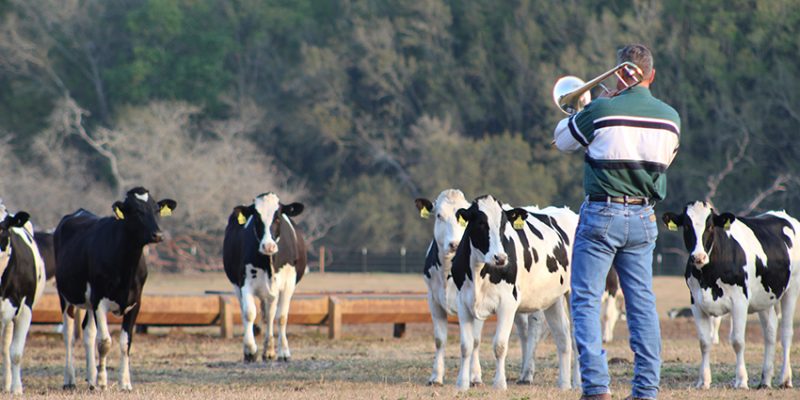 In an incredible show of nature, cows apparently love music. Or, at least these Floridian dairy cows do.

Fifth-generation Florida dairy rancher Ed Henderson, who is also a jazz musician by night, found out that his cows love music too.

Playing for my cows started out as just a fun little experiment, but once I saw their reaction to me and a trombone, I knew they would really get a kick out of listening to an entire brass ensemble.

CNN’s Great Big Story saw the video and visited Henderson’s farm in Live Oak to record the trombone playing dairyman– and his cows– in action.