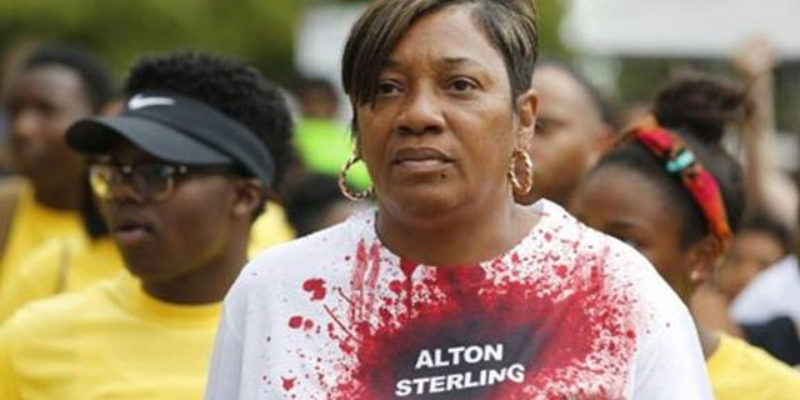 …despite the fact she’s not a lawyer, she clearly knows more about prosecuting criminal cases than the people who do that sort of thing for a living. At least that’s the only conclusion we can draw from her ridiculous legislation which would all but mandate that DA’s and the Attorney General’s office bring cases to a grand jury every time a policeman ends up shooting a suspect who is resisting arrest or otherwise posing a danger to the community.

A week after the Louisiana attorney general decided not to file charges against the Baton Rouge police officer who killed Alton Sterling in July 2016, a state lawmaker is proposing that all officer-involved shootings go before a grand jury, WAFB reports.

Rep. Denise Marcelle, D-Baton Rouge, said all such police shootings, whether they result in death or serious injury, should be considered by an independent panel, taking them out of the hands of the local district attorney. She said Tuesday (April 3) she would file a bill in the Louisiana Legislature to establish the policy statewide.

Hillar Moore, district attorney for East Baton Rouge Parish, referred the investigation into Sterling’s death to Attorney General Jeff Landry. Moore cited as a conflict his personal relationship with the parents of Blane Salamoni, who fired the shots that killed Sterling outside the Triple S Food Mart on July 5, 2016.

Salamoni was fired from the Baton Rouge Police Department on Friday. Officer Howie Lake II, who also attempted to subdue Sterling outside the convenience store, was suspended for three days.

One wonders how far Marcelle’s imperatives against prosecutorial discretion go. After all, police officers are only one manifestation of the state’s potential abuses against citizens. Corrupt public officials would be considered another. Would Marcelle be willing to extend the mandatory independent panel to those? For example, does anyone believe any truly independent review panel wouldn’t refer the abuses and corruption of the East Baton Rouge Council On Aging to a grand jury? Were that to happen, it would be bad news for Marcelle’s pal Tasha Clark Amar – and maybe even for Marcelle herself as a member of the crooked COA’s board.

Something tells us that should Marcelle’s proposed legislation be amended to include such provisions, as an effort to insure prosecutions by district attorneys who might otherwise decline them for reasons of political convenience, she might lose some of her ardor for pursuing it.

Interested in more news from Louisiana? We've got you covered! See More Louisiana News
Previous Article HILARIOUS: A Tulane Professor Reviews Mitch Landrieu’s Book, And Is Not Kind
Next Article Quietly, The Oil Industry Is Poking Around In Louisiana Again