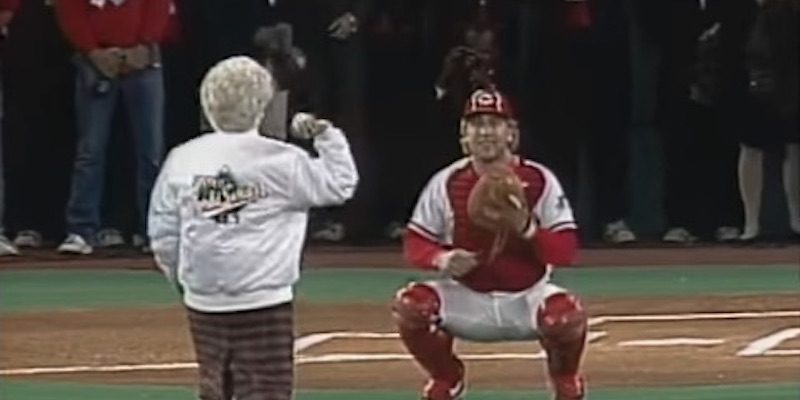 On October 17, 1990, First Lady Barbara Bush threw the ceremonial first pitch before Game 2 of the World Series at Riverfront Stadium in Cincinnati, Ohio. President Bush had to cancel due to staying in Washington, D.C. for budget issues, and the First Lady took his place. And she was wearing a skirt and heels.

Listen to the crowd cheer.

The 1990 World Series was the 87th edition of Major League Baseball’s championship series between the defending champions and heavily favored American League (AL) Oakland Athletics and the National League (NL) champions the Cincinnati Reds. The Reds defeated the Athletics in a four-game sweep, winning their first World Series in 14 years.

The game recognized the 50th anniversary of the United Service Organizations and the men and women serving in the Persian Gulf by having players wear shoulder flags on their uniforms.