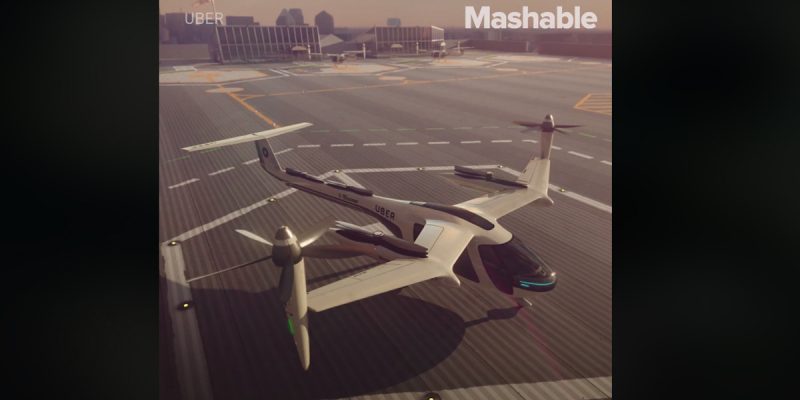 Thanks to Uber, the private sector has something coming which will absolutely, positively, 100 percent make the idea of a passenger train from Baton Rouge to New Orleans obsolete.

You may have seen it reported earlier this year, but Uber is now working with NASA to build an air traffic control system that will serve as the backbone to something called UberAir, which will offer air taxi service from one side of a major metro area to another a lot sooner than you think.

As in, 2020. They’re shooting for then to beta-test the offering in Dubai, Dallas and Los Angeles that year, with a fully commercialized UberAir coming around the country and the world within five to 10 years. From a Fortune piece back in February…

Speaking on Tuesday at an investor forum in Tokyo, Uber CEO Dara Khosrowshahi predicted that his company’s Uber Air flying taxis will be commercialized and used widely within the next five to ten years. According to Reuters, which earlier reported on the event, Khosrowshahi said that he believes the flying taxis, which instead of riding on roads will carry passengers around an area at low altitudes, will actually become affordable means of travel for consumers.

Uber has been working on the flying taxi concept for well over a year, but started to reveal more details on its plans in 2017. In addition to working on the vehicles that will carry passengers, Uber in November announced that it had partnered with NASA to develop an air traffic management system that will keep those passengers safe.

If those flying taxis could serve as effective, affordable mini-puddle jumpers for the 50-to-100 mile trips you might expect to see a service operating in Dallas-Fort Worth or the Los Angeles area specialize in, then it would absolutely be a fit for the New Orleans-to-Baton Rouge corridor the “smart set” will not stop trying to throw your tax dollars into a passenger rail solution for.

The Uber white paper about the prospective service talks about having it charge rates similar to what an UberX would cost for a similar trip, and that its vehicles, which as you can see on the video would take off and land like helicopters and therefore don’t need runways, would travel at speeds in the 150 mph range. That would mean about a 30 minute flight time from Baton Rouge to New Orleans, which is a third of what the train’s travel time would be.

Obviously, with this out there as a definitive possibility and the private sector looking to embrace this class of travel, replacing the need to hop in the car and fight interstate traffic from one nearby city to another, the idea of blowing hundreds of millions of dollars on passenger rail service that nobody will use is absolutely no longer viable.

Especially since it’s pretty clear UberAir would be up and running in South Louisiana a lot faster than that passenger train would be. All it really needs, given a successful beta test in L.A. and Dallas, would be a few good locations for skyports in, say, downtown Baton Rouge, southern Baton Rouge (maybe at the Mall of Louisiana or Siegen Marketplace), somewhere in Denham Springs, the New Orleans airport, somewhere in the CBD in New Orleans, perhaps somewhere in Mandeville or Covington, and somewhere in Lafayette. Maybe even somewhere in Houma as well.

Get all that up and running and you probably have a pretty successful private-sector business model that doesn’t require a dime of public sector money. And it’s entirely likely this will be a reality within the next 10 years.