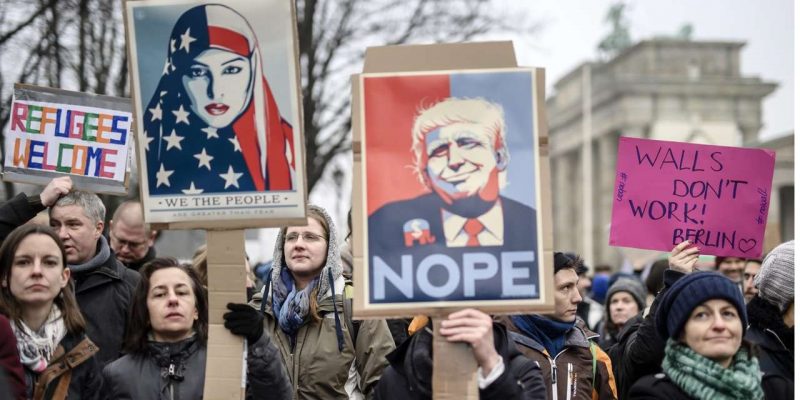 Supreme Court Justices on Wednesday hinted that they are likely to uphold the controversial “Trump Travel Ban” on several middle-eastern countries. This follows a December 2017 stay on a lower court’s hold on the immigration policy which allowed the security procedure to go into full effect while the court began oral arguments.

Chief Justice John Roberts and Justice Anthony Kennedy both indicated their unlikelihood to second-guess the Commander-in-chief on the national security needs which led to the policy change. The new rules were first introduced just one month after President Trump took office in January 2017. The current version of the initiative restricts travel to the US from most people in Iran, Libya, Syria, Somalia and Yemen.

President Trump has made the case that the new guidelines are necessary to protect the nation from Islamic extremists. Critics call the new policy a “Muslim Ban” and claim it is unconstitutional, discriminatory in nature and unfairly targets individuals based on their religious affiliation. Supporters of the policy say that it is a temporary, common-sense security maneuver that is entirely consistent with the President’s duty to protect the national security of the country.

“If you look at what was done, it does not look at all like a Muslim ban.”

Trump’s sole appointee to the court, Justice Neil Gorsuch alleged that the case has no merit or standing and should not have been considered by lower courts to begin with. During the 2016 Presidential campaign, the President did verbalize his support for “a total and complete shutdown of Muslims entering the United States.” However, lawyers argued that campaign statements should not be permitted as evidence because Donald Trump was not President at the time and was not speaking to a specific policy proposal.

US Congressman Mike Johnson (LA-04) had the following to say to NPR in the immediate aftermath of the travel ban’s introduction:

“I think it’s a matter of common sense that we have to carefully review any persons who are entering our country from areas that we know to be terrorist strongholds. And as has been reported widely, these seven countries that were identified were actually identified by the previous administration and previous Congress.”

The US Supreme Court is scheduled to make a final decision on the case by the end of this Summer.