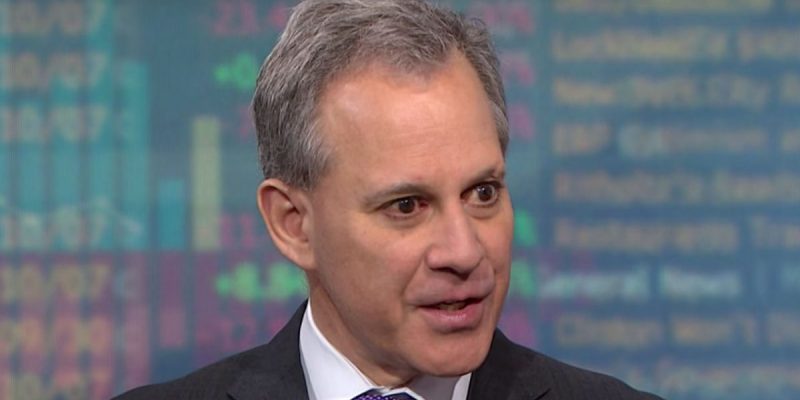 A bombshell hit the political world with a story that appeared in New Yorker Magazine alleging that the anti-Trump New York Attorney General Eric Schneiderman physically abused four lovers. Schneiderman made his career as an opponent of sexual misconduct, suing Harvey Weinstein.

Now Schneiderman was forced to resign his office as New York Attorney General. When New York Governor Andrew Cuomo called for his resignation, it was all but over.

Many on Twitter were delighted to see the downfall of Schneiderman.

Wow it’s almost like @Schneiderman is the world’s biggest hypocrite.https://t.co/Tc6sKNeWQo

People may say Eric Schneiderman was a showboat who didn't accomplish very much, but they forget that he saved New York state from the scourge of daily fantasy football for several weeks in late 2015.

While others remarked on Schneiderman’s hypocrisy.

"In 2010, as a state senator from Manhattan, he introduced a bill to make intentional strangulation to the point of unconsciousness a violent felony.”https://t.co/Q2uzqSaEkf

But more disturbing allegations come to light. This story broke in the New York Post which reveals the depths of Schneiderman’s depravity.

State Attorney General Eric Schneiderman called his Sri Lankan girlfriend his “brown slave” and wanted her to refer to him as “Master,” the woman says.

Harvard-educated activist writer Tanya Selvaratnam told the New Yorker magazine that her yearlong affair with Schneiderman “was a fairytale that became a nightmare” — and quickly escalated into violence in the bedroom, even as he begged for threesomes.

“Sometimes, he’d tell me to call him Master, and he’d slap me until I did,” Selvaratnam said.

“He started calling me his ‘brown slave’ and demanding that I repeat that I was ‘his property.’”

Selvaratnam said, “The slaps started after we’d gotten to know each other.

“It was at first as if he were testing me. Then it got stronger and harder. It wasn’t consensual. This wasn’t sexual playacting. This was abusive, demeaning, threatening behavior.”

Schneiderman held himself up as a progressive hero who was all about treating women. He was the quintessential male feminist. Instead, the reality was that he was a pervert.

Donald Trump has been gifted by his political enemies. They often self-destruct because of their own hidden skeletons. Schneiderman is just the latest example.

Interested in more national news? We've got you covered! See More National News
Previous Article SICK: School mural depicts Trump’s severed head on top of spear, no one has been fired
Next Article Cynthia Nixon Is By Far The Stupidest Political Candidate In America This Year