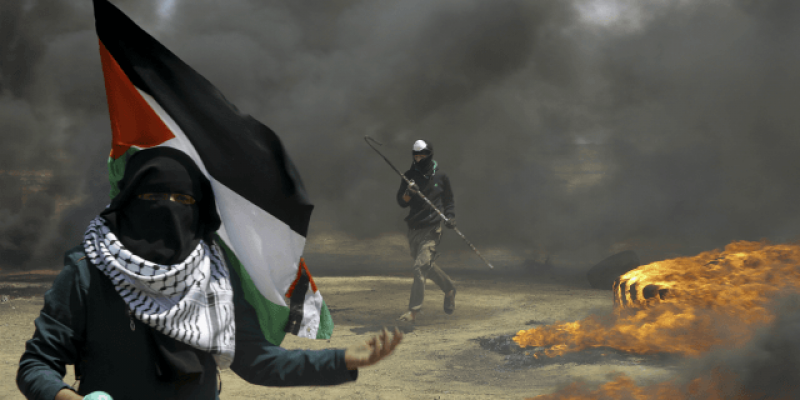 The White House is blaming the extremist Sunni terrorist group Hamas for dozens of deaths and thousands of injuries on the Israel-Gaza border today. 52 Palestinians were killed and 1600 injured on the 70th Anniversary of Israel’s Independence.

More than 40,000 Palestinians participated in the protests at 13 locations along the border fence of Gaza with some extremists trying to take advantage of the chaos. An Israeli fighter jet struck 5 “terrorist targets” during the conflict, likely strategic positions of Hamas.

It is the highest death toll since the 2014 Israeli bombing of the Gaza strip. Those dead included 10 members of Hamas, among them a son of one of the leaders. The organization has promised revenge and Israel has reportedly threatened to assassinate Hamas leaders if protests continue.

The deaths and injuries were a result of violent demonstrations which broke out today across the boarder as the US and Israel held a ceremony for the opening of the controversial embassy in Jerusalem which has been moved from Tel-Aviv. Protesters threw rocks, molotov cocktails and “terror kites” containing flammable liquid at Israeli soldiers.

Hamas is an affiliate of the Muslim Brotherhood and has been classified as a terrorist organization since 1987.  Israel has largely blamed the group for missiles launched from Gaza in recent years.

The terrorist group is calling for a “new antifada” in response to the piling body count.

One Hamas leader is quoted as saying, “We’ll turn the nakba [catastrophe] that ended Palestine to a nakba that ends the Zionist enterprise.”

“Every country has the obligation to protect its borders. The Hamas terrorist organization declares its intentions to destroy Israel and sends thousands to break through the border fence for that purpose.”

The White House laid blame solely at the feet of Hamas: