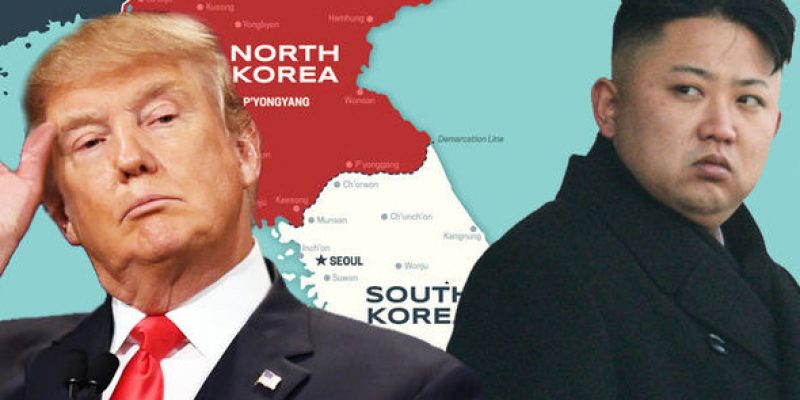 “President Trump should win the Nobel Peace Prize. What we need is only peace,” Moon told a meeting of senior secretaries, according to a presidential Blue House official who briefed media.

In a historic moment Trump negotiated peace between Moon and North Korean leader Kim Jong Un who pledged at a summit that they would end hostilities between their countries– and work towards the “complete denuclearization” of the Korean peninsula.

In January, Moon also credited Trump saying that he “deserves big credit for bringing about the inter-Korean talks. It could be a resulting work of the U.S.-led sanctions and pressure.”

Contrast Trump’s achievement to the non-achievement of Barack Obama who won the 2009 Nobel Peace Prize only after a few months into his presidency– for nothing. Reuters writes of “an award many thought was premature, given that he had little to show for his peace efforts beyond rhetoric.”

Consider how Obama negotiated “peace with Iran” after it kidnapped U.S. sailors.

Moon’s Nobel Prize comment came in response to a congratulatory message from Lee Hee-ho, the widow of late South Korean President Kim Dae-jung, in which she said Moon deserved to win the prize, the Blue House official said.

Trump plans to meet with Kim at the Peace House on the border between North and South Korea within the next few weeks.

Secretary of State Mike Pompeo visited Pyongyang and met with North Korean leader Kim Jong Un for the second time. Within 90 minutes three U.S. prisoners were freed: Kim Dong-chul, Tony Kim and Kim Hak-song. They boarded their plane without assistance and appear to be in good health.

In a White House statement President Trump said that he “appreciates leaders Kim Jong Un’s action” and view their release as “a positive gesture of goodwill.”

Trump plans to personally greet the freed Americans when they arrive at Andrews Air Force Base on Thursday.