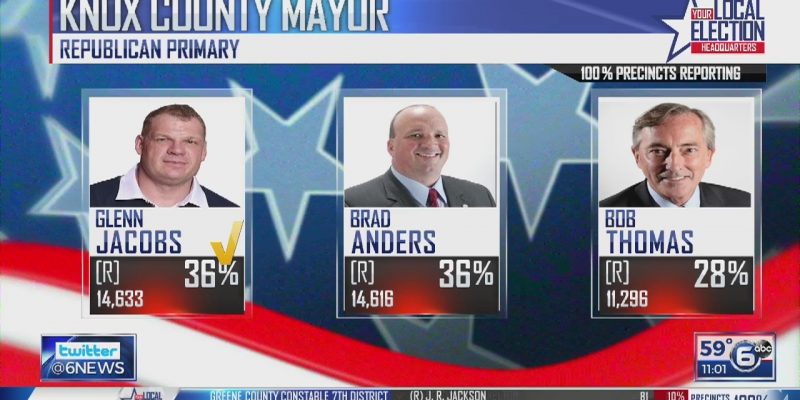 With 100% of precincts reporting, Jacobs leads his opponent 14,633 to 14,616. Pending confirmation and the possibility of a recount, the incredibly close victory is a reminder to candidates and campaign workers that every vote truly does count.

“President Reagan used to talk about America being a shining city on a hill, I would like to see Knox County become the embodiment of that.” – Glenn Jacobs

The victory all but guarantees his first term as Mayor because it secures the Republican nomination in a county that hasn’t voted for a Democrat for President since 1940. The former heavyweight champion ran as a limited government conservative who supports low taxes and creating jobs.

“Thanks to everyone who helped win this historic victory!! The people who cast a ballot for me, my great team, my wonderful volunteers. Looking forward to VICTORY in the general election!”

Jacobs’ first sign of political involvement came in 2012 when he endorsed former Texas Congressman Ron Paul for President. The celebrity endorsement joined that of actor Vince Vaughn and was welcomed by Dr. Paul’s large network of young supporters. That may have been a fateful endorsement as the same network went to bat for him in this election. He received the endorsement of Congressman Thomas Massie and Senator Rand Paul along with the support of many of Ron Paul’s young and enthusiastic supporters. 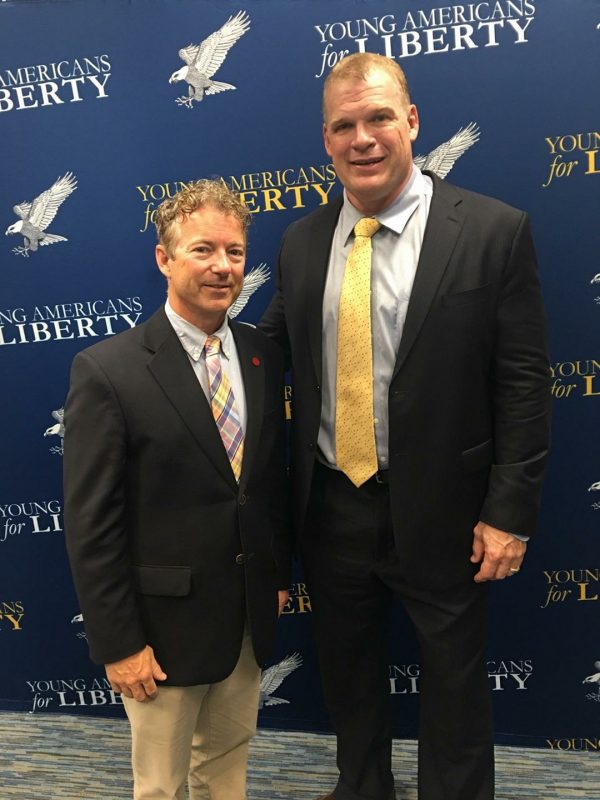 In recent interviews, Jacobs has said that the Republican Party must “return to its principles” and that “the establishment is being torn down”. Glenn Jacobs will face off against his Democrat opponent in the Knox County general election on set for August 2nd.