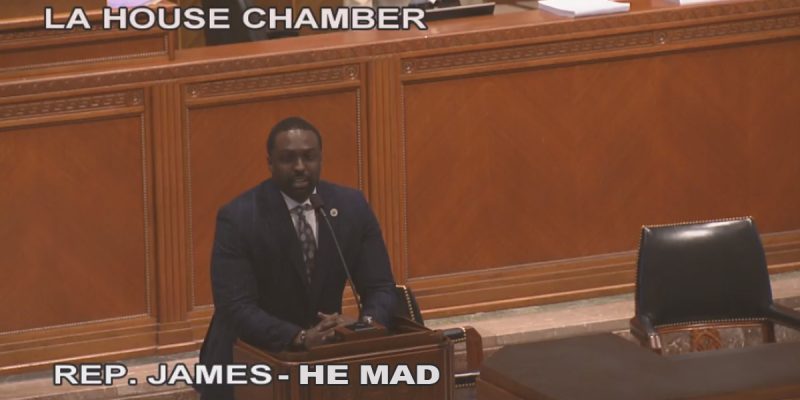 Our readers might remember our post from yesterday which contained an e-mail thread among several members of the Louisiana House of Representatives over the weekend in which was discussed the reaction to plans by the House Appropriations Committee to conduct a full-on budget review in the current special session and a move to discharge “money bills” from Appropriations and Ways and Means straight to the House floor.

One of the stars of that e-mail thread was Rep. Ted James, who is suffering from a severe case of attention starvation at present. James seems to be everywhere buffaloing his colleagues in favor of a left-wing agenda and trashing those who disagree with him – like Americans for Prosperity’s Louisiana chapter – as out-of-state agitators.

It appears James was more than a little bit nonplussed over the fact we at The Hayride were able to secure a copy of that e-mail thread in which he starred. This was from an e-mail James sent to his legislative colleagues Tuesday afternoon… 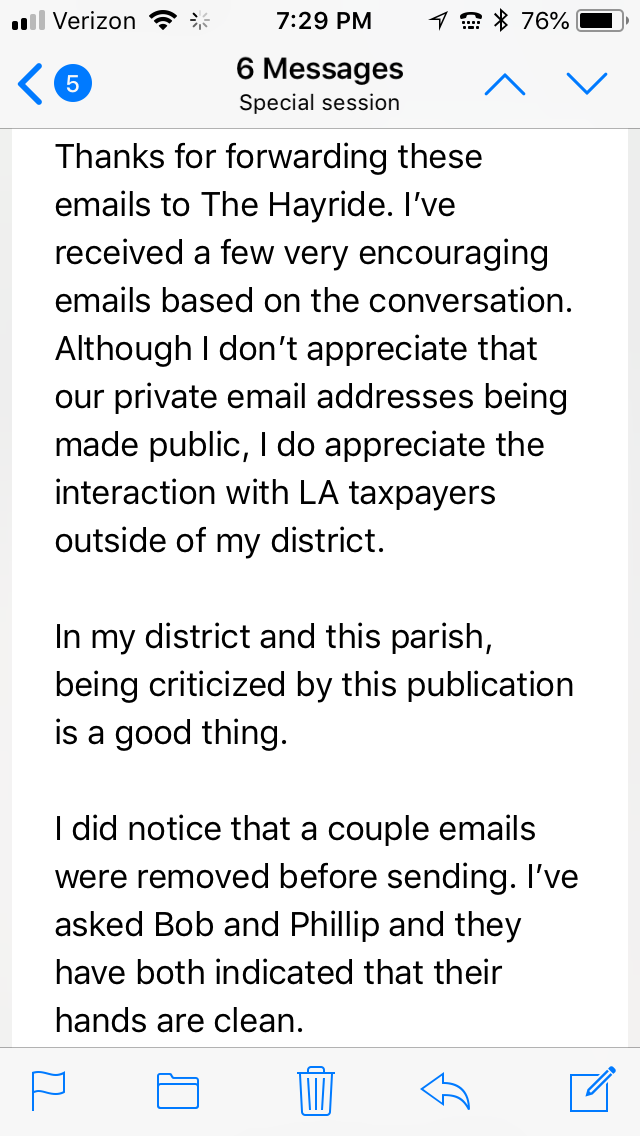 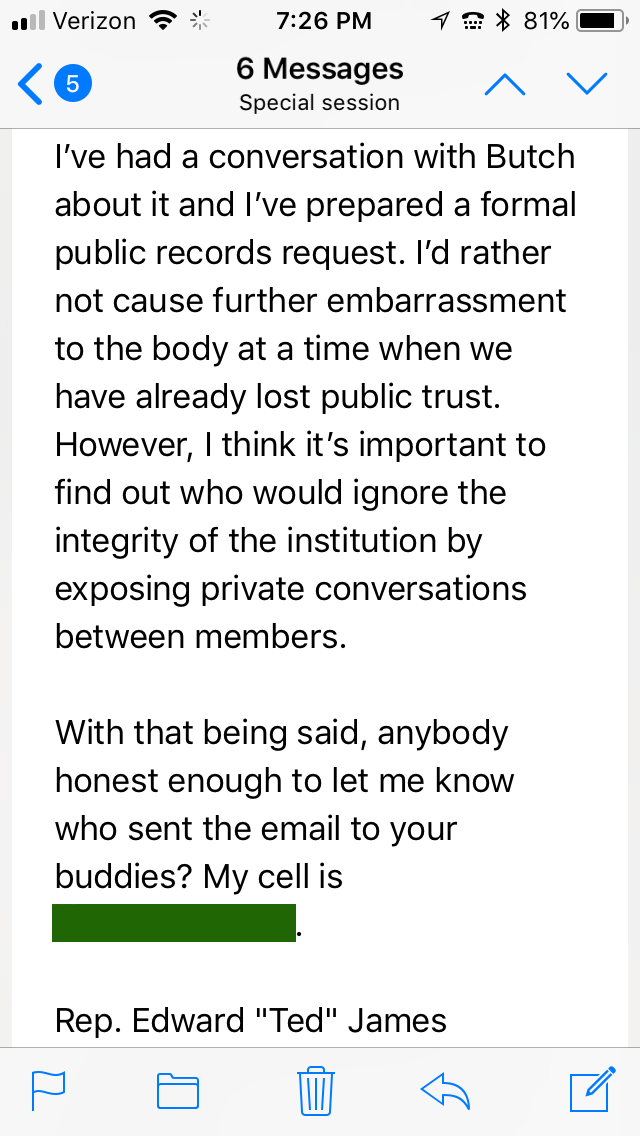 As you can tell, he’s not happy. This despite the fact James participated in both the e-mail thread he didn’t want out in public AND the mass message he sent out today from his legislative e-mail account, which by law would be subject to search via a public records request.

James then took to the floor in anger during today’s brief session of the House to pop off about the e-mail reproduced above and another matter – namely, whether the Legislative Black Caucus can be counted on to support HB 10, a $424 million sales tax bill by Rep. Paula Davis which constitutes the most recent “official” Republican attempt at compromise on the state budget. The highlight of Davis’ bill is a renewal of the 2016 “temporary” one cent sales tax hike, to the tune of 4/10ths of that penny, plus the removal of some $60 million or so of exemptions.

James gave a brief 2 1/2 minute speech on the topic, and essentially stated Davis’ bill had no chance to pass because the Legislative Black Caucus wouldn’t support it. They demand the full $507 million to “fully fund” state government, and that another bill, HB 2 by Rep. Terry Landry which provides the full $507 million tax increase, is more realistic (in James’ opinion).

The specific quote was “it’s easier to count to seven than it is to 70 for a new idea.” Meaning that because the full $507 million got 63 votes toward the 70-vote threshold for House passage of a tax increase, finding seven more votes for passage is more doable.

This is a polite way of making a demand for a full surrender of the House majority. It is by any standard currently established a non-starter. When we bounced James’ statement off a number of his House colleagues, their responses mostly consisted of something along the lines of “this session is finished, then, because we aren’t passing the full $507 million.”

So why the change? One of two things is afoot here, and we should know which relatively soon. The first being that whatever differences might have been in place between Gov. John Bel Edwards and the Black Caucus have been ironed out and Edwards has James playing bull-in-a-china-shop on his behalf in an effort to run the table on House Republicans.

Perhaps we should put in a public records request to see if Edwards and James have been corresponding via public email to that effect.

And second, perhaps not exclusive of the first, is that the Black Caucus is willing to drop its opposition to large sales tax increases because they have some redistributive considerations, some additional goodies, they’re going to be demanding in return for passing that half-cent hike. What those might be we don’t know – we’ll know once whatever instrument comes out of the House would hit the Black Caucus-controlled Senate Revenue & Fiscal Affairs Committee, chaired by New Orleans Democrat J.P. Morrell.

And James, whether in concert with Edwards or simply out of personal pique that his Republican colleagues are willing to expose what he’s up to behind closed doors, just made that stark choice very clear.