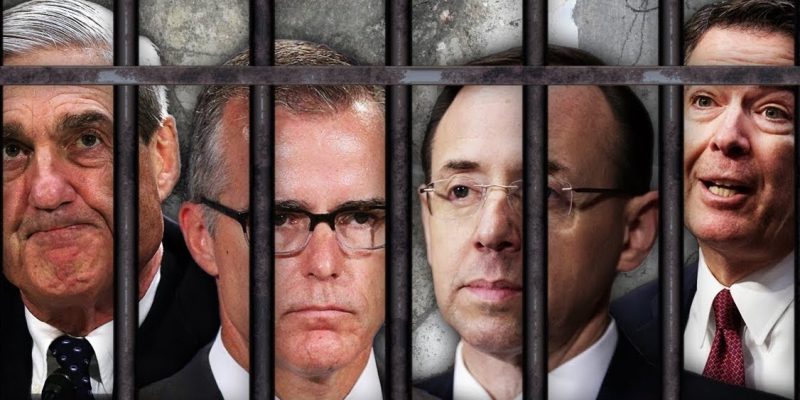 In an absolutely incredible turn of events, evidence has surfaced revealing that media companies paid FBI agents to illegally leak information to them.

The U.S. media has been colluding with FBI agents and executives at every level to try to affect the results of the 2016 presidential election– which is illegal.

The Office of Inspector General’s report on the FBI and Justice Department’s handling (and mishandling) of the investigation of Hillary Clinton’s use of an unauthorized, non-secure email server to conduct secret government business as Secretary of State revealed real and damning information on the media and their incestuous relationship with the deepest members of the deep state.

FBI agents who leaked information to the press were given a pay-offs. The IG report states:

In other words, the complaints about the biased media working with biased and powerful federal bureaucrats who meet at private and elite cocktail parties to plot their own agenda and the downfall of their political enemies was not some paranoid fever dream of the conservative media it was true and, apparently, business as usual in Obama’s Washington circa 2016.

The Daily Caller’s Kevin Daley points out that reporters giving gifts to leaking FBI agents could be a violation of federal law:

“The rules define a prohibited source as a person who: Is seeking official action by, is doing business or seeking to do business with, or is regulated by the employee’s agency; or Has interests that may be substantially affected by performance or nonperformance of the employee’s official duties.

“Those definitions derive from the U.S. Code that states violations will be sanctioned “in accordance with any applicable laws, executive orders, and rules or regulations.”

Could this not be a classic example of the waste of the swamp? Of the corrupt illegal behavior President Trump is trying to get rid of?

A Special Counsel was called to “investigate” the false collusion alleged between the Trump campaign and Russia. But now, an actual collusion between the media and the FBI exists, which demands the necessity for a grand jury to indict all people involved for breaking the law.