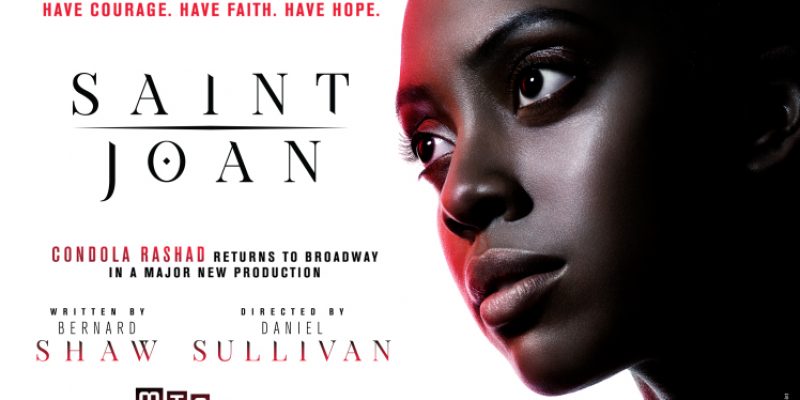 Sadly, this is not a joke. And it’s anti-White, anti-European, and anti-history. It’s even anti-common sense.

The Manhattan Theatre Club announced that Condola Rashad would star on Broadway in the play, “Saint Joan”– playing the iconic role of “Joan of Arc.”

Granted, creative license is expected in art, theater and film. But this is a stretch and it’s communicating the same trend that is evidenced in film: play acting and playing pretend isn’t based on facts.

Joan of Arc was a white French girl who famously fought during the One Hundred Year War and was later canonized as a Roman Catholic Saint. She was not an African refugee, as many are in France today. Joan of Arc was not black. She was white.

Those who point this out have been called “racist” (even though there is no such thing as racism). And, even though the point is entirely accurate. Why would Condola Rashad want to pretend to be a white French girl? Why not pretend to be someone else? She can’t relate to war or economic struggle– she’s the daughter of one of the most privileged families in America– whose mother turned a blind eye to the sexual perversions of Bill Cosby.

Yep, that’s right, her mother is Phylicia Rashad who became famous for playing Clair Huxtable on the long-running NBC sitcom “The Cosby Show.”

Here’s a question for Condola. Why not play a role telling the story of one of Bill Cosby’s many rape victims? Perhaps that could be a better use of her “talent.”

In the meantime, no one should pay to see such ridiculousness on Broadway.

But it’s not just Broadway that is pursuing this trend of rewriting history. Europeans are writing themselves out of history altogether:

There is no shame in being white or in telling the truth. Truth is not bigoted, racist or anything else. That’s what’s so unique about it. Truth stands alone.