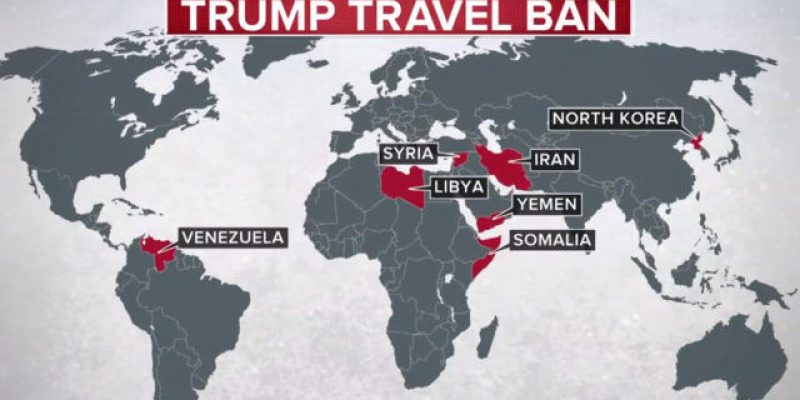 And the wins just keep coming.

The Supreme Court Tuesday upheld President Donald Trump’s ban on travel from several mostly Islamic countries, rejecting a challenge that it discriminated against Muslims or exceeded his authority. Trump’s travel ban was a continuation of Obama-era policies.

The 5-4 decision Tuesday is a “big victory for Trump on an issue that is central to his presidency,” the Associated Press writes. It’s the court’s “first substantive ruling on a Trump administration policy.”

Justice Sonia Sotomayor argued in the dissent that “a reasonable observer would conclude that the Proclamation was motivated by anti-Muslim animus.” She said her colleagues who upheld the ban “ignor[ed] the facts, misconstruing our legal precedent, and turn[ed] a blind eye to the pain and suffering the Proclamation inflicts upon countless families and individuals, many of whom are United States citizens.”

The ACLU tweeted, “this is not the first time the Court has been wrong, or has allowed official racism and xenophobia to continue rather than standing up to it.”

Ryan Mace of Amnesty International USA said in a statement that the policy is “a catastrophe all around.”

The ban applies to travelers from Iran, Libya, North Korea, Somalia, Syria, some Venezuelan government officials and their families, and Yemen. The policy will be reassessed every six months.