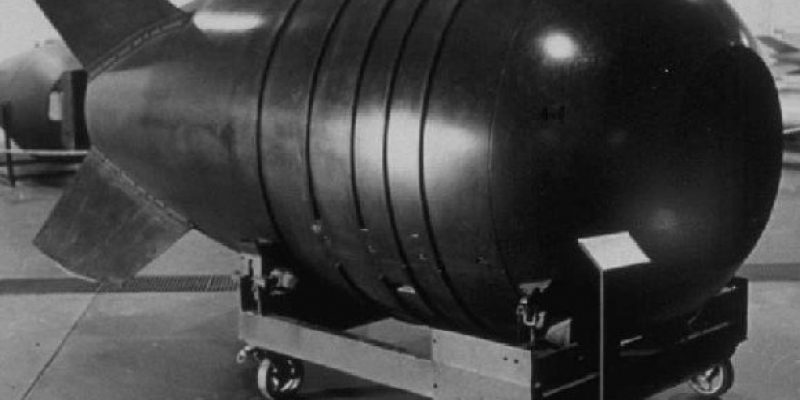 U.S. Rep Joaquin Castro, D-San Antonio, is demanding answers from the U.S. Department of Energy, and of its secretary, former Texas governor, Rick Perry, about nuclear weapons materials being “lost” in San Antonio.

Two employees of the Idaho National Laboratory were returning a shipment of plutonium and cesium from an unidentified San Antonio research lab. But the rental van broke down– it was broken into–and its contents were stolen.

The Energy Department employees parked the van at a Marriott Hotel off of Loop 410 in March 2017, but this incident was not reported to Congress, Castro argues. Why not?

In a letter to Perry, Castro asks:

“Considering the significant danger to the public of loose radioactive material, why was the public not notified of this incident immediately after it occurred?”

Castro is demanding that Perry appear before Congress to explain what happened, and whether or not any other nuclear bomb materials have ‘gone missing’ that the public doesn’t know about. He writes:

“Please list all incidents in the last five years that detail the loss of radioactive materials controlled or owned by the Department of Energy in Texas that has not been reported to Congress?”

A spokeswoman from the Idaho facility told CPI that the amount of stolen material was “not enough to create a nuclear bomb” and that “there is little or no danger” posed by the lost materials. But how can anyone know that that statement is accurate?

“As a representative of San Antonio, I am seeking all information pertaining the ongoing efforts to locate the MUF. While I understand the sensitive nature of this subject, there are a number of unanswered questions which I will need answers to provide the necessary information to my constituents who are concerned by this event.”

Interested in more news from Texas? We've got you covered! See More Texas News
Previous Article How many nuclear bombs would it take to destroy the earth?
Next Article Houston serial killer finally caught this morning after 8 day killing spree