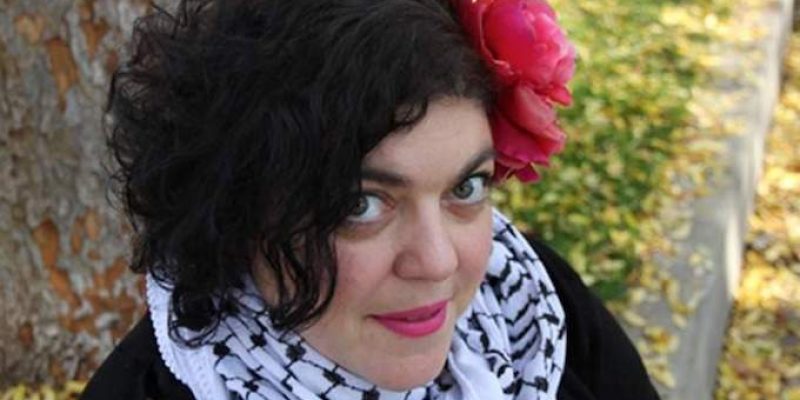 Randa Jarrar, an award-winning novelist and English professor at California State University, Fresno, is calling on fellow writers to demand that “white editors” immediately resign from “positions of power.”

“At some point, all of us in the literary community must DEMAND that white editors resign,” Ms. Jarrar wrote in tweets published by Campus Reform, obtained from her private Twitter account. “It’s time to STEP DOWN and hand over the positions of power. We don’t have to wait for them to [expletive] up. The fact that they hold these positions is [expletive] up enough.”

“Ms. Jarrar’s was reportedly responding to the controversy surrounding a poem, ‘How-To’ by Anders Carlson-Wee, published in The Nation that was later deemed culturally insensitive and ‘ableist’,” the Washington Times reports.

The magazine’s poetry editors, Carmen Gimenez Smith and Stephanie Burt, apologized, saying they made a “serious mistake” by publishing the poem.

Jarrar is demanding that they resign.

Jarrar also tweeted after Barbara Bush’s death that she was an “amazing racist” who “raised a war criminal.”

“I’m happy the witch is dead,” she wrote, which ignited a petition that gained more than 90,000 signatures within a few days.

Joseph Castro, the president of the public university, said that while Ms. Jarrar’s tweets are embarrassing, they are protected by the First Amendment.

A Fresno State spokesperson told Campus Reform that Jarrar’s comments did “not reflect those of the University.”

Interested in more news from Texas? We've got you covered! See More Texas News
Previous Article Louisiana Republicans Need To Do A Better Job Of Policing Who Carries The Party Brand
Next Article No, They’re Not Going To Change The Name Of The City Of Austin…