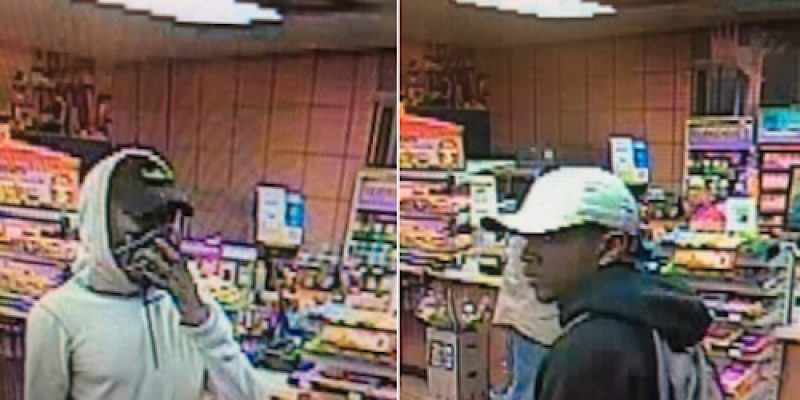 This July 4th there were six robberies in six hours in Houston. Par for the course, especially during holidays, and especially after storms, and this July 4th it poured all day.

The same robbers hit several fireworks stands and five convenience stores, who were caught on video. If anyone has any information about the men on the video, call Crime Stoppers at 713-521-4600.

The owner of the fireworks stand said that “They had masks on and guns. They think there’s a whole bunch of money in there, and there’s not.”

But they stole his wife’s pistol and some change. He had already collected the earnings for the night.

ROBBERY: 17yo working #Cloverleaf fireworks stand robbed *second* night in a row—per @HCSOTexas. Deputies say 3 masked robbers had a gun, fired into the air. No one hurt. They got away w cash from the stand. #abc13 #breaking pic.twitter.com/qYQWZ1nPB6

Their last known stop was a Valero gas station on Woodforest Boulevard east of Beltway 8 around 5:30 a.m. on Thursday, July 5. ABC13 obtained exclusive surveillance video of the robbery that captured a clear shot of the men’s faces:

Take a long, hard look at these 2 guys. @HCSOTexas say they’re linked to *SIX* store robberies overnight in #Cloverleaf and #Channelview area. #Exclusive surveillance video you don’t want to miss — coming up at 11 only on #abc13 pic.twitter.com/bVYWueN1YZ

One of the robbers was wearing a black sweatshirt, white baseball hat and a dark backpack. The second man was wearing a white sweatshirt, the hood pulled up over his black hat, with a black bandana covering his face.

The video shows the man in the black sweatshirt jump the cashier’s counter. Workers say he ordered the frightened clerk on the ground, pointed a gun at her and emptied the register, ABC13 reports.

Interested in more news from Texas? We've got you covered! See More Texas News
Previous Article Google Officially Partners With Pentagon to Create Terminator-Style AI Drones to Spy On Everything
Next Article Russian ‘Collusion’ By Proxy: The Armenian Connection